Creating an Eye to See Him - Bunny Discovery!

Spring is here!  I think it's official now; as the calendar's first day of spring has passed, the trees have begun to bud, not to mention the dogwood and cherry trees already in full bloom.  We had our first sighting of all things spring on Saturday...baby bunnies!  While cleaning out the garden and getting it ready for planting, four precious baby cotton tail bunnies were found among last year's overgrowth.  They jumped out as the hoeing began and gave this young gentleman helping us, a good startle!

The girls were quick to run over and want to hold them and relocate them to safe territory away from the previous weed garden!  We couldn't find the "momma" rabbit, but reassured the girls, that she would find her babies in their new safe location. 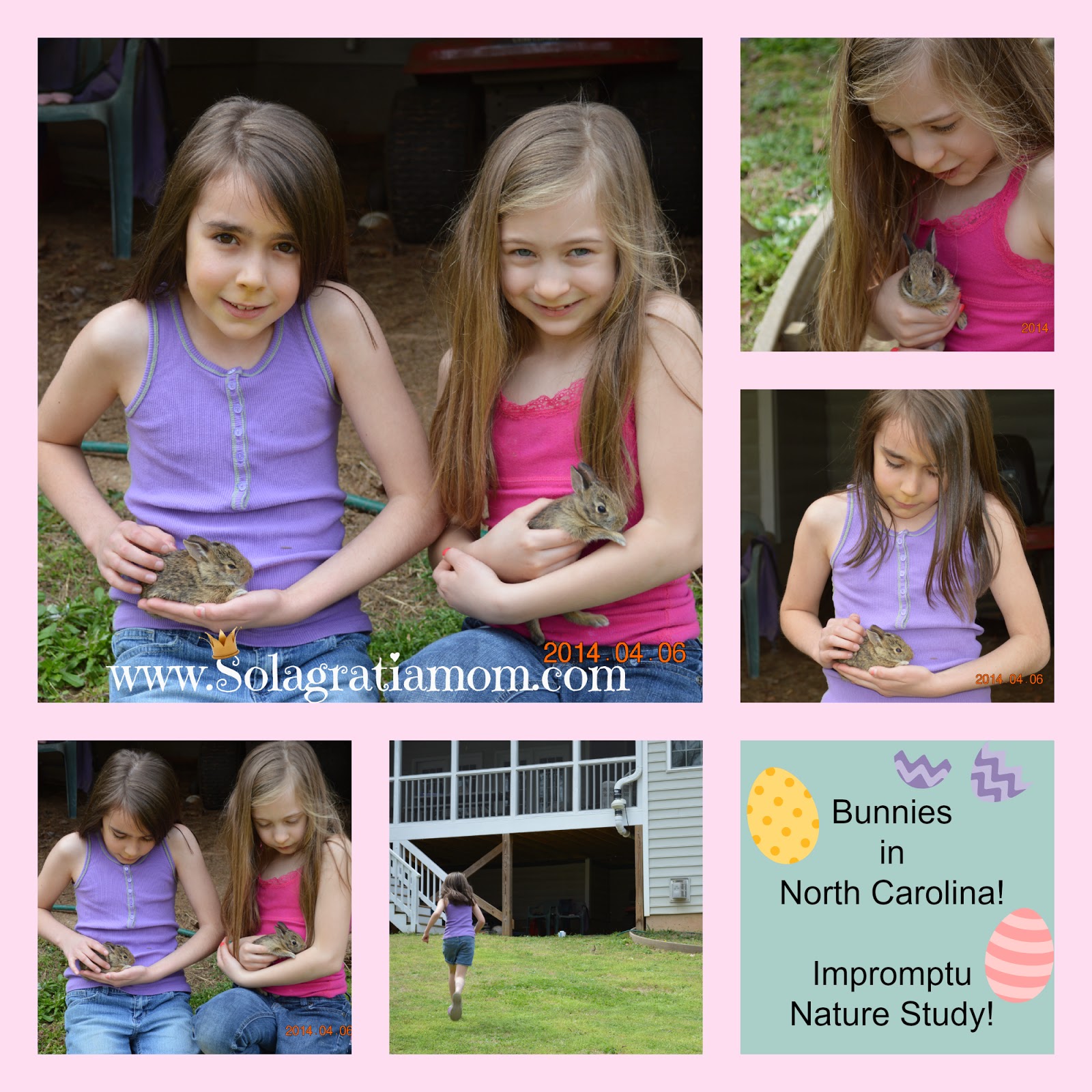 So a quick impromptu study of cottontails revealed:

So Creating an Eye to See Him....
My daughter thought it was so neat that we found bunny's right before Easter.  So it got me thinking - today's world sees Easter as everything bunny rabbit, colored egg and candy.  I thought how could I see Jesus in any of that and show my daughter?  So I decided that both rabbits and eggs are fertility symbols from pagan rituals. A fertility symbol is a picture that reminds us of the creation of new life.  We are given new life in Christ.  The candy?  Well.....I guess it reminds me of the Sweetness of knowing Jesus.  That's the best I can do with all that.  LOL  :)