Okay - so I have this friend who I adore and adore her children too.  She has three of them and they all love deserts.  Her sons are gluten free (as is mine) and of the two, one in particular, Justin, is always asking what I have to eat and wants to have things that are sweet in nature - which I almost never have.  So....with this New Year's Holiday party, I decided to make Justin a special treat.  I asked him what he likes and we discussed chocolate and peanut butter flavors might be a good combination....so I set out to see what I could come up with that would still be gluten free for him, dairy free for me, but still very sweet (and for me it had to be appealing to the eyes).  So - I made up this desert and I'm naming it after him - Justin's Delight!  He loved it (as did everyone at the Party -and I was pleasantly surprised how delicious it was - you would NOT have been able to tell it was gluten/dairy free)  Here it is...... 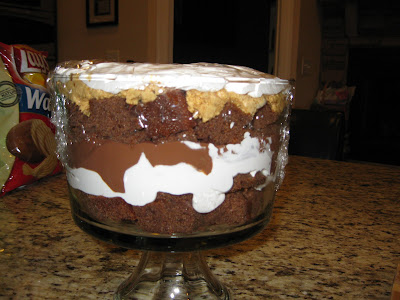 Chocolate pudding layer:
I used Zen almond milk GF/CF chocolate pudding (took 3 of their serving cups to make that layer)  I've also made homemade chocolate cooking type pudding -either works fine depending on the amount of time you have.

Whip Topping layers:
Whole Foods has a dairy free version and Trader Joes has a lower minimal dairy version both are good.  Any whip topping works and even freezing coconut milk and making your own CF topping would have tasted good I'm sure.

Mix together by hand till smooth and well blended.  Put in 9"x11" glass baking pan at 275 degrees for about 35 minutes or until toothpick inserted comes out clean.

Mix the two together until the texture is smooth and fluffy.  You will use this for the top peanut butter layer.

Cut your brownie into small bite size squares - then arrange a layer in the bottom of your trifle bowl.  Next add a layer of your choice of whip topping.  Next layer chocolate pudding then a second layer of brownies and then spread your layer of peanut butter topping and top it off with a last layer of whip topping.  Refrigerate and enjoy!!

GLAD YOU LIKED IT JUSTIN!!! 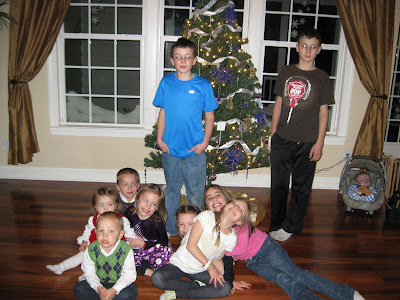 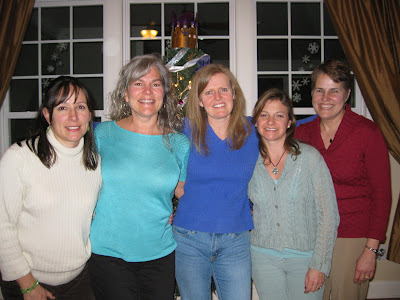