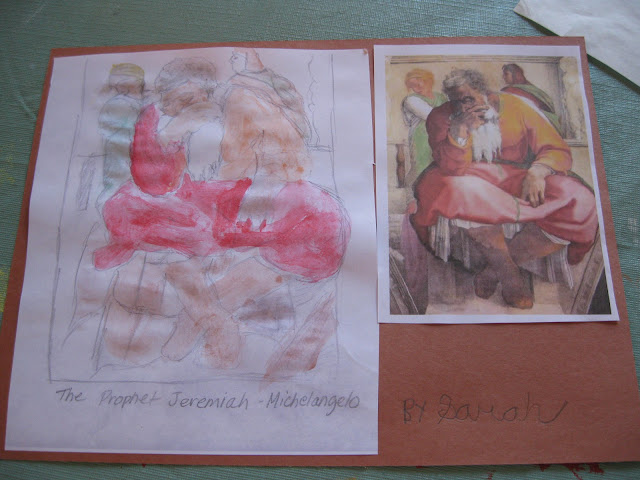 I wanted my daughter to take a look at a Masterpiece in a new way...noticing the details in lines, technique, color and expression.  So I found a fairly "simple" masterpiece of Michelangelo.  One that wasn't too detailed and complex but enough so that it would convey the great skill he had in his craft.  So I looked up his most famous works online under google images.  I decided on the Prophet Jeremiah below.  Here is a link to it prophet jeremiah painting 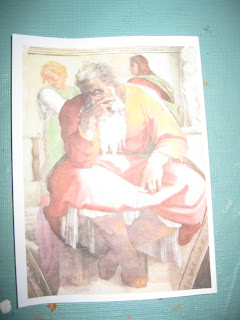 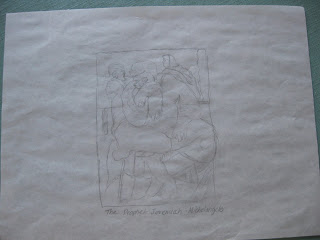 The next thing I did was take tracing paper and trace the photograph onto tracing paper and then enlarge and photocopy that image onto white paper to be painted by my daughter.  If your child is older or has interest/desire, you could let them do the tracing.  You may have to darken the lines they would be copying with a marker or something to better define it for them to trace.  My daughter wanted me to do it so it would be "perfect" - haha! 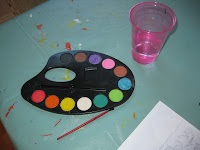 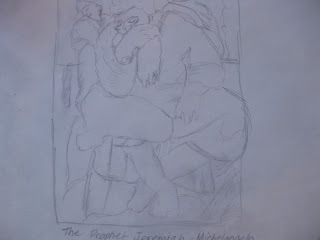 Next I gave her a watercolors palette and told her to make her Masterpiece like his - as best she could.  This caused her to notice the details of his work - at one point she realized that it was a beard under his hand and prior to looking at it to paint it and copy his original work - she didn't know it was a beard, she thought he was tucking his head in some kind of sheep wool blanket.  She also noticed his expression and that he must have been sad or thinking deeply about something.  Which this is painted regarding Lamentations - so that was a correct observation. 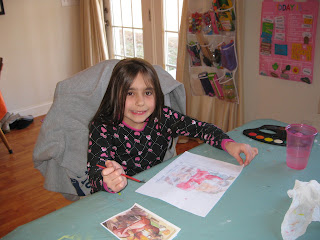 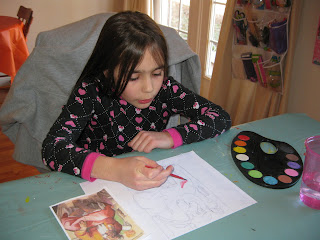 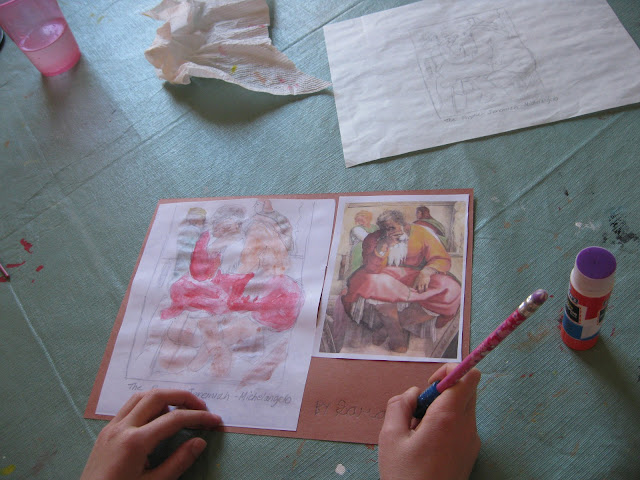 Lastly, we of course, signed her artwork rendition after we mounted it to a piece of construction paper and we affixed the original Master she was emulating next to it.  She really enjoyed this activity.  We may do it with each artist!

I felt this exercise was a good one for studying the Masters in fine art.  It certainly helped her to notice the details and understand better the artist's intention in conveying a story through his art.
Posted by Unknown at Tuesday, January 22, 2013