So as I was doing my deciding about what this Wonderful Wednesday would encompass, I came across some interesting history about Totem Poles!  It fit perfectly not only with some of what we have studied, are studying but also what we will be studying in later weeks.  I was then at a scrap exchange perusing through their things and I saw these big fat beautiful corks!  I thought - wow - those would make awesome totem poles for the kids and with what I had learned about them, I thought it would be an interesting caveat to our studies.  So the project was born to do totem poles.  Here's a blurb from the handout the kids got today along with pictures of Totem poles for recent and ancient history....

"Many different cultures made totem poles, not just Native Americans. While poles made by Native American tribes are the most famously known, the Mayans, Aztecs, Native Canadians, Native Australians, Maori, ingenious Koreans and ingenious Chinese are also known to have built totem poles."  (fits perfectly doesn't it?)!

This week's history sentence was on Montezuma - so I decided doing some headdresses was in order.    This all turned out to be a fun Wonderful Wednesday! 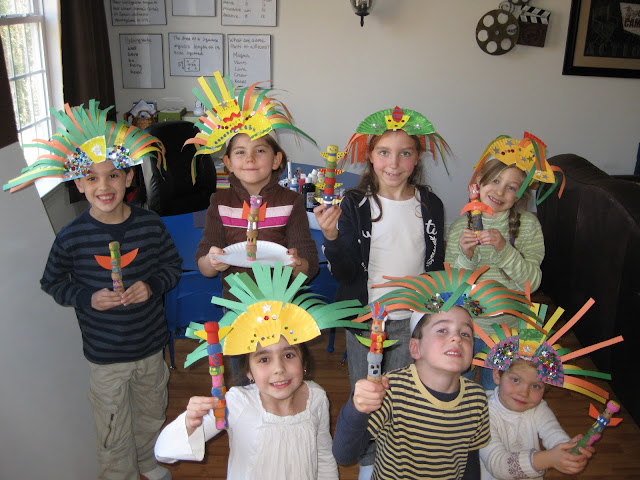 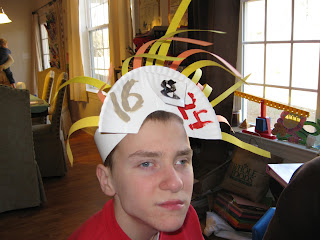 Even Mason joined in but had to include numbers on his headdress!  That's very Mason!

I used the corks to hot glue them together standing up and then they painted them and were able to hot glue on foam pieces cut into shapes (wings etc.).  They were given pictures of several types from recent to ancient history to look at, to create their design. 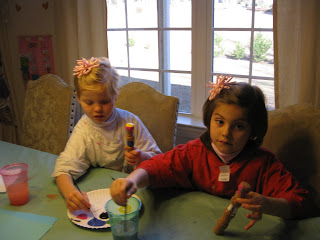 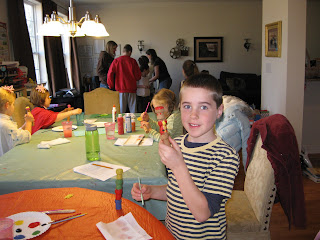 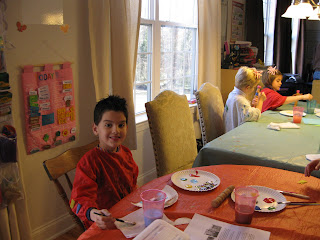 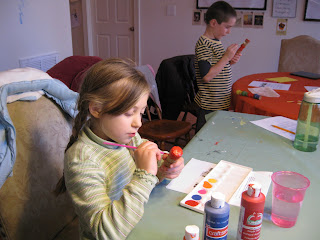 To create their Montezuma's headdress - I took heavy paper plates and cut them in half.  Then I cut an upside down U shape out of the center.  I also cut smaller pieces that would be affixed to the front (see below).  Then I took small pieces of paper plate to make the smaller piece stand up/out.  (you glue a small piece to both plates to cause it to stand out).  Then the kids painted them and glued sequins and cut strips of construction paper and hot glued them onto the front or back of their headdress design.  We had a picture of Montezuma's headdress for them to look at but they were able to make them any way they wanted to. 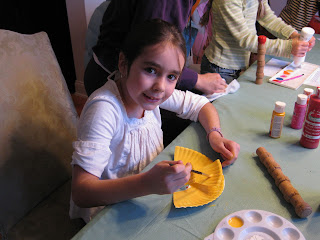 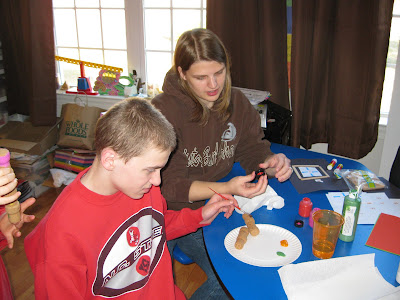 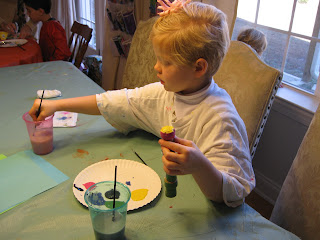 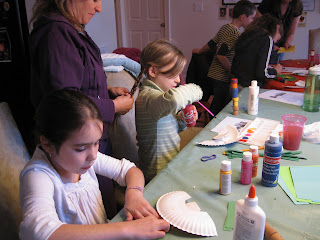 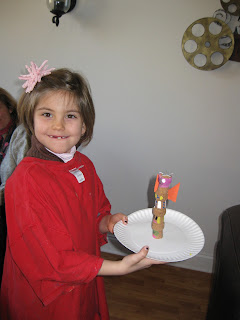