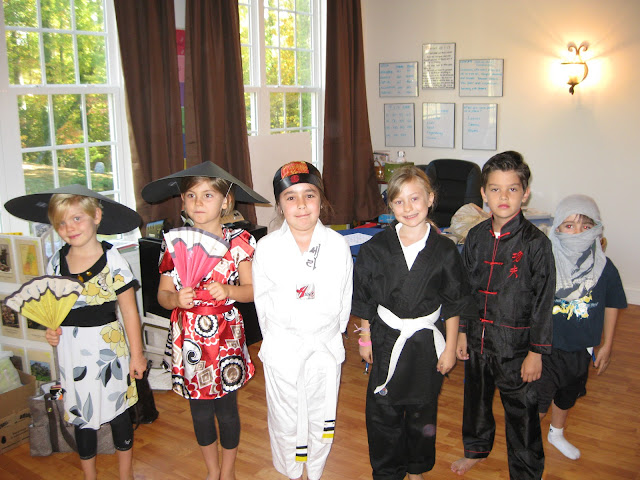 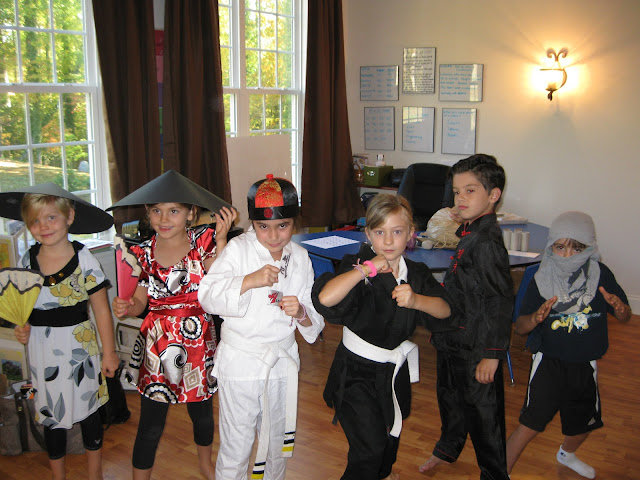 Today we went to Asia...  We combined Week 8 and 9 for CC - locations included China, Korea, Japan - so we had a combo of looks for all those!  We made Chinese books and Japanese scrolls and then we ate foods from those 3 locations. 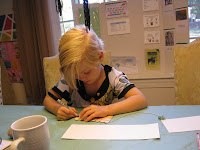 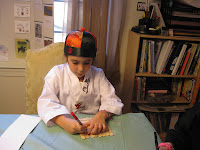 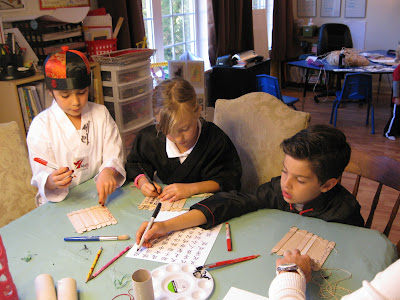 We used wide craft sticks and raffia or twine to make the "books".  First we marked about 1/4" down from the top on each end for all the sticks.  Then they were notched using two different methods.  One of us used carpenter's blade and made V notches and the other used nail scissors (but you have to hold on to the wood closely and firmly to avoid it splitting).  It was definitely a challenge and not as easy as you'd think to make those notches!  Next we used the twine/raffia to place in the notches and connect them.  The technique that worked the best in the end was to line them all up and place a heavy weighted item on the end.  Then we tied a knot around the first stick and wound it around the next stick and knotted that and so on.  They don't lay perfectly and are looser then you'd think -but they worked fine in the end.  We did have some difficulty with putting them together and figuring out how to make them work.  Seemed simple but it wasn't.  I would definitely say it's not something a younger child could do themselves unless they're gifted in craftiness!  Next we used sharpie markers and I had printed out chinese symbols for them to then pick what they wanted to "write" on their sticks. 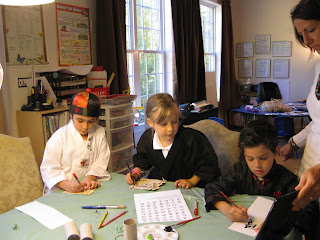 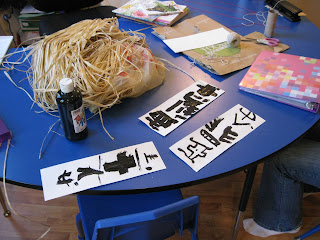 Lastly, we had a variety of foods from Korea, Japan and China.  They drank green tea, miso soup, Korean style dried seaweed, rice, chicken and broccoli stir-fry and sushi rolls.  To end it all they ate fortune cookies of course. 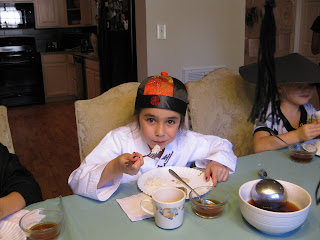 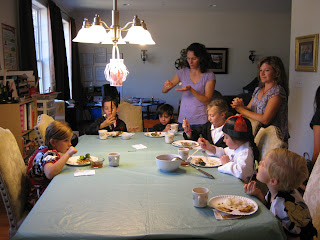 Some of what was made is below (coolie hats and fans were awesome and made/brought by one of the Moms/kids).... 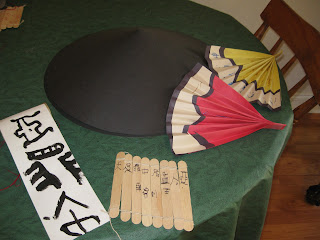 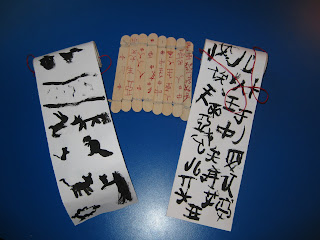