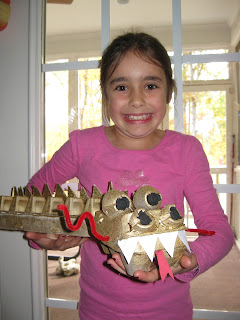 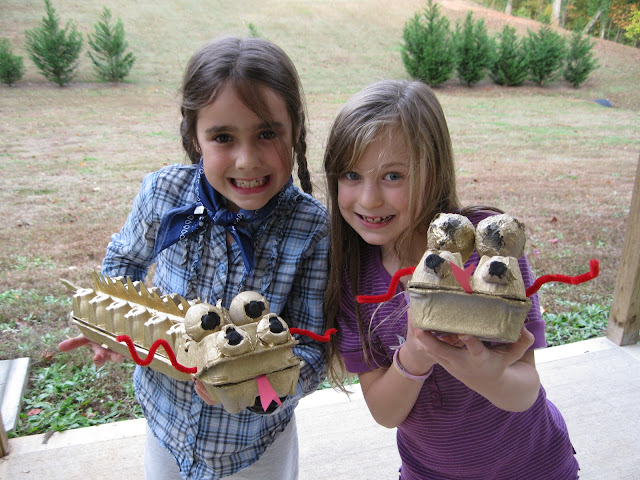 "Like other Asian dragons, Japanese dragons appear as wingless and serpent-like, with long, scaly bodies and reptilian heads. They often are depicted with three toes on each foot, separating them from Chinese dragons, which have five toes on each foot. They also tend to feature ridges or spines on their back, unlike Chinese and Indian dragons."     Read more: What Is the Meaning of Japanese Dragons? | eHow.com http://www.ehow.com/about_6308561_meaning-japanese-dragons_.html#ixzz2AuguToAF

This is how we made the dragon:

First I cut the 2nd Egg Carton in half and used the other half to cut out to round eyes and two nostrils.  The I cut just the top half of the carton off to make a hinged type mouth opening. 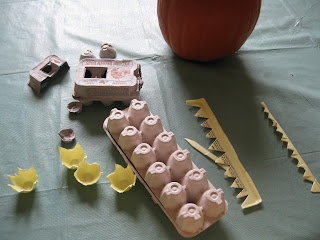 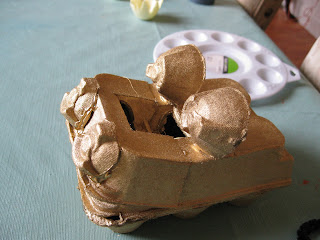 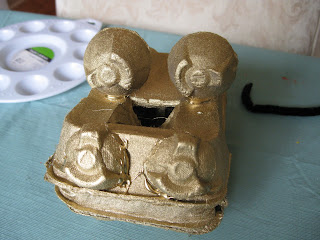 Next I connected the head of the dragon to the body.  I poked a hole in the end of both and used a soft black pipe cleaner to attach them so they could move independently. 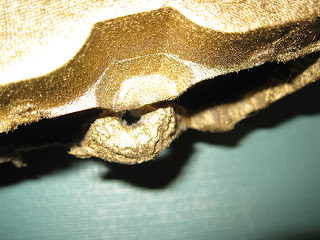 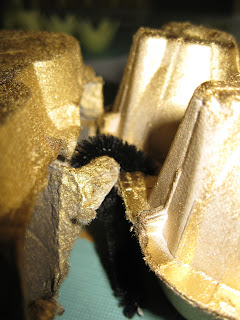 Then we added V cut egg carton tops to be the scales going down their back and added 3 at the head area to match the "Japanese style" dragon's.  We hot glued everything on and then I spray painted it gold. 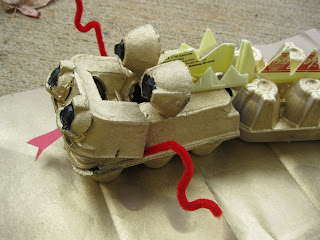 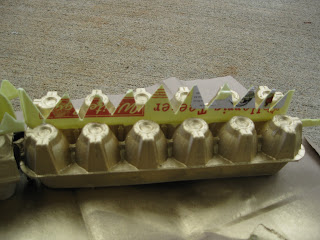 Once spray painted we addeed the red tongue cut out of construction paper and stuck in the egg carton where it comes together and then hot glued it to ensure it stayed.  We poked holes in the side of the dragon's face and stuck in the red pipe cleaners and shaped them as she thought they should look for a dragon.  The only thing left we didn't do was paint the white teeth.  She was too excited with the dragon to finish it.  She thought it was "awesome" without the teeth....LOL.  We finally added the teeth the next day.  I just cut them out of white paper.