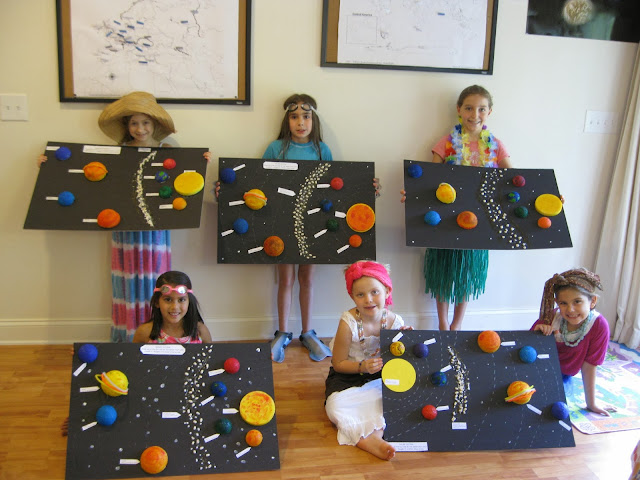 Today we embarked upon Week #9 dressed for the Caribbean!  Our project today reflected the Science we were studying regarding the Solar System.  This project was to give the kids a concept of the spacing between planets and relative size differences. 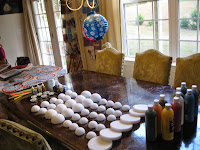 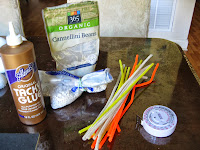 Materials You Will Need:

You will need to use a serrated sharp knife to cut all the foam balls in half (rubbing the knife edge in soap will help with flaking of Styrofoam®, but doesn't have to be done).  Next you will need to place your sun towards the right farthest side of the foam board near the center.  Place a dot in the center where your sun will be going and then measure out from there for the following: 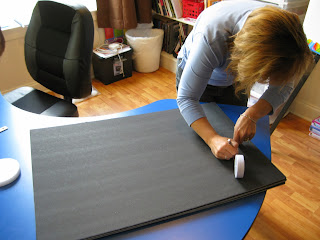 
The measurement is the mark of the outer most side of your planet that will be placed there.  So if you measured 3 1/2" - the outer edge of Mercury would begin at 3 1/2" from the center of the sun.  Otherwise, it will overlap the sun.  The parents did the measuring and marking with a white crayon while the kids were busy painting their planets to this color scheme: 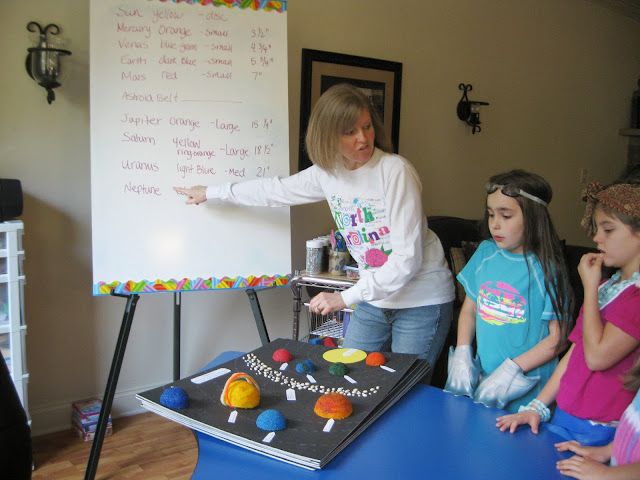 I had written on the white board as well as pre-made a sample with Sarah of which balls would be painted what color and how they would be positioned on the board afterwards.  I explained it to them and showed them before they began their painting. 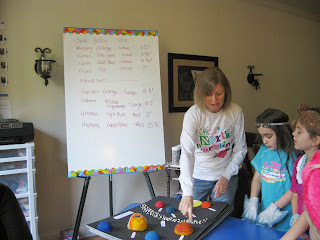 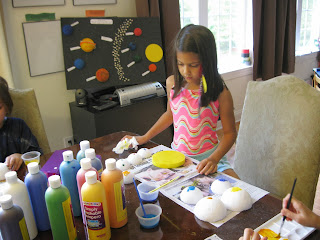 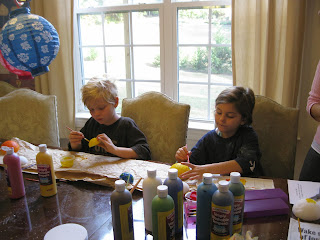 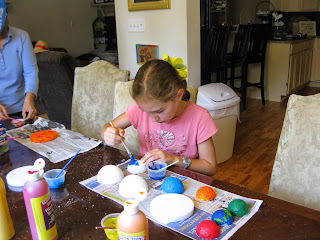 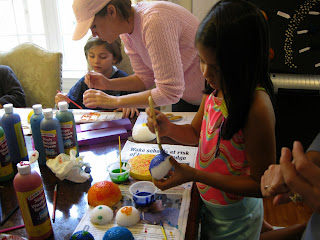 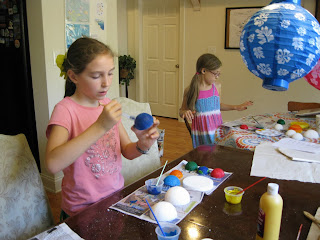 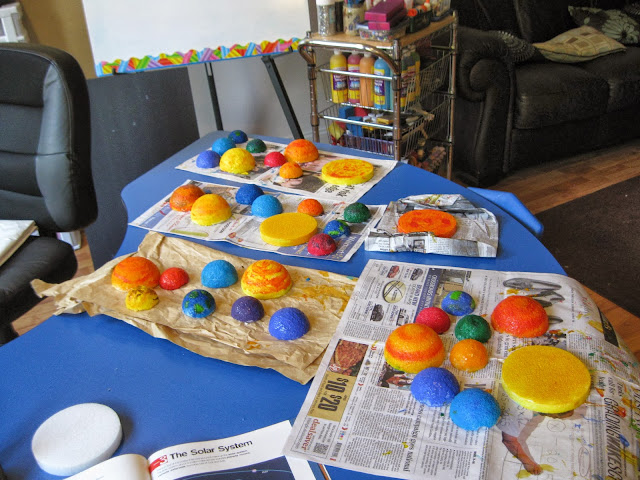 Then we set our painted solar systems aside to dry.  While it was drying and the boards were all marked and ready to go, we moved into doing our lapbooks.  This allowed time for the planets to dry before attaching them to our foam board and adding our astroid belt. 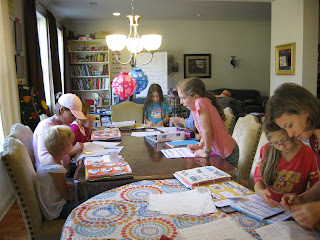 Then the planets were dry enough to begin working them onto the board.  We used tacky glue from the craft store to attach most of the planets with the exception of Saturn.  Due to the rings we made with the pipe cleaners, that needed some tacking on with hot glue in addition to the tacky glue.

First the kids glued their planets on and then they designed their astroid belt using the cannellini beans and aquarium rocks.  Once they were glued on, they added glitter glue and took a paint brush to spread it out as a thin layer on their astroid belt.  The labels were cut out and applied as the final step.  On my labels I used the information from the Everything You Need to Know About Science book to put the name of each planet, whether it had rings or not and what it was made of.  You could label whatever was important to you for them to know regarding each planet. 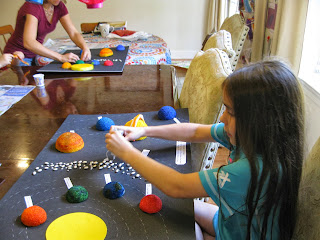 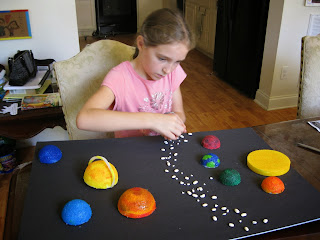 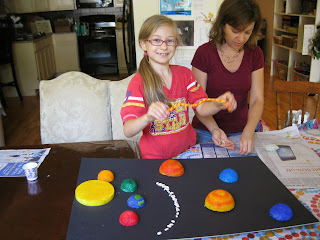 To make the rings for Saturn we took the pipe cleaners and pushed them underneath on one side then ran the pipe cleaner around to the other side and pushed it in as well.  This made a ring that stood out from the planet.  This did require some tacking with hot glue though but the look was worth it.  Some of the kids twisted them together to make one ring and others like my daughter, had separated ones together to form the rings. 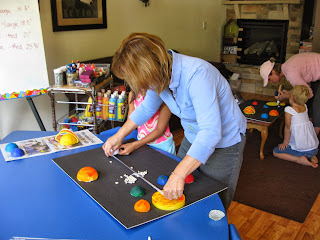 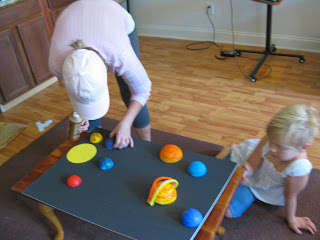 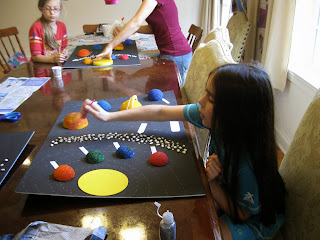 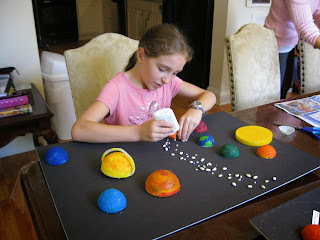 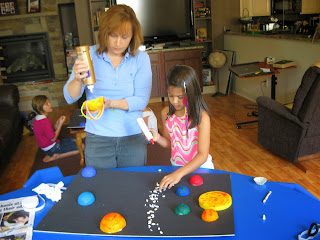 Labels were added last to give information about each of the planets in the Solar System. 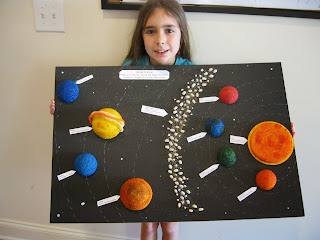 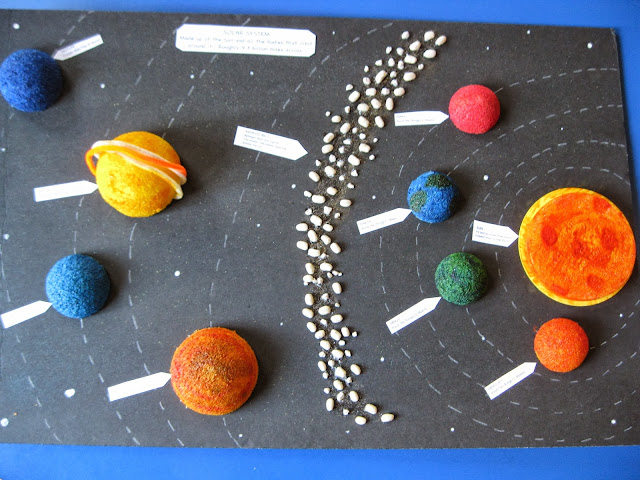