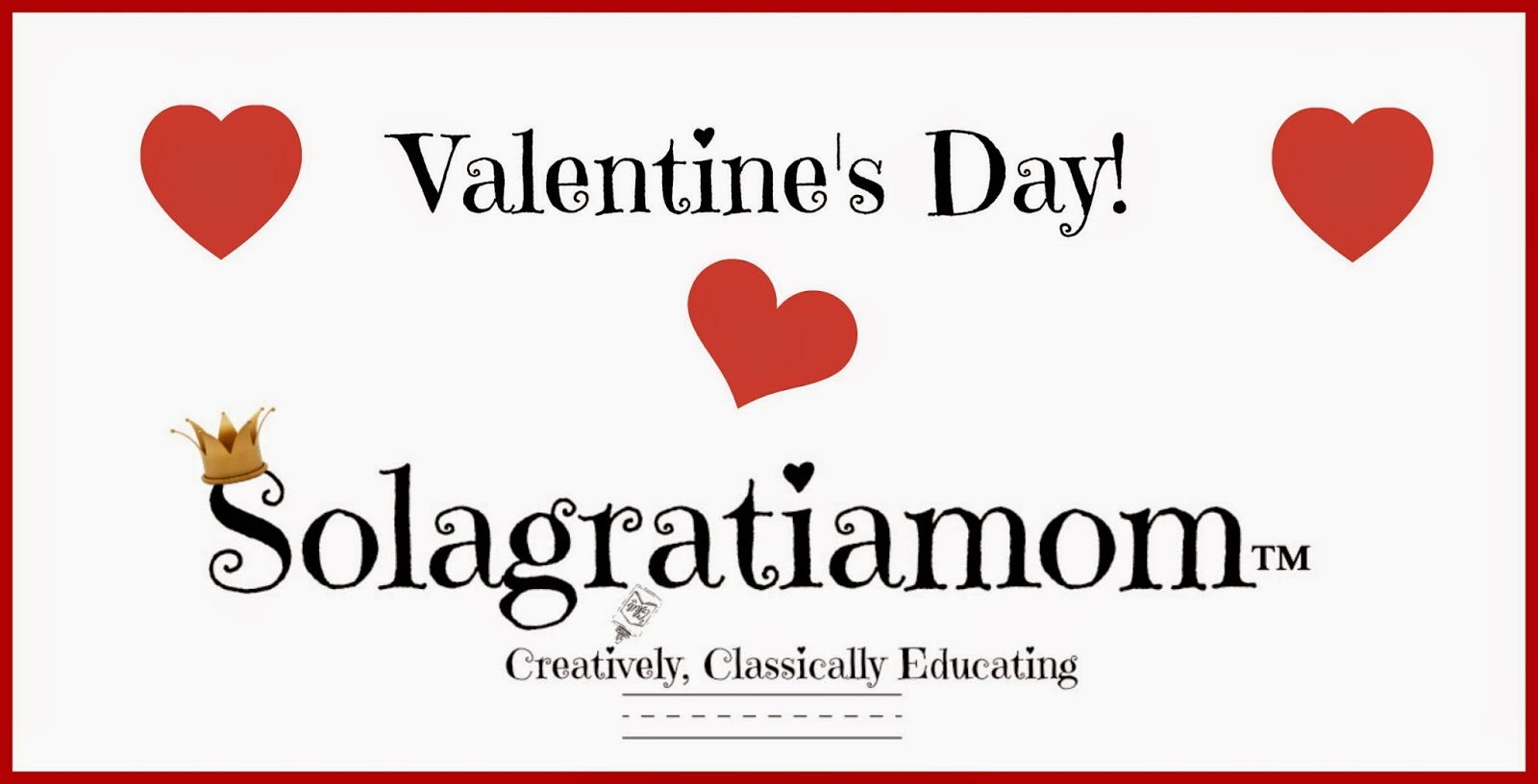 To celebrate Valentines Day, I decided to have the kids do a short study together on the cacao plant (chocolate).  It fits perfectly with not only the holiday but also our studies of Mesoamerica (Mayans/Aztecs/Olmecs) and our geography of Africa, South America and Mexico.  I used elements from the free unit study on chocolate here http://www.homeschoolshare.com/chocolate.php.  First I read them information about the cacao plant - how it grows, where it grows, what it's used for etc.  Then they answered questions related to that information that were on the sheet.  Along the way before giving the answers I'd ask them to guess what the answer might be (forming their own hypothesis).  Then they colored with a crayon the various geography.  We first colored Mexico (which fit with week 20 we were on) which is where the cacao originated.  Then they colored parts of northern half of South America and we talked about the Amazon river basin and located that on a large globe.  We then colored Africa where the cacao is now predominantly grown today - discussing the Nile river basin and other areas we thought it might be grown in Africa.  We tied in the Mayan/Aztecs and their ancient uses of cacao.  Then I gave each kid a piece of dark chocolate 70% cacao.  They had a sheet that asked them to describe all the things about their chocolate (sight, sound, taste, color etc) and they went through each adjective to describe their experience with the chocolate.  Next they did a sheet that had the word chocolate and they made as many words with that word as they could think of.  Lastly, we had a chocolate bar design contest.  We divided into two teams.  They were each given a sheet to design their chocolate bar and decide what ingredients it would have.  After they designed and named their bar as a team, they presented/marketed their new chocolate bar to the Moms who voted on which bar was the best.  They really liked this activity and were very creative.  I have pictures posted below of what their designs were.  We of course, made sure that there was a split decision and they both tied/won!  Lastly, I had made a chocolate trifle (recipe in January post of this blog - called Justin's Delight).  It was a Wonderful Wednesday!  Happy Valentines day!!! 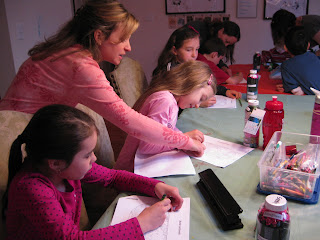 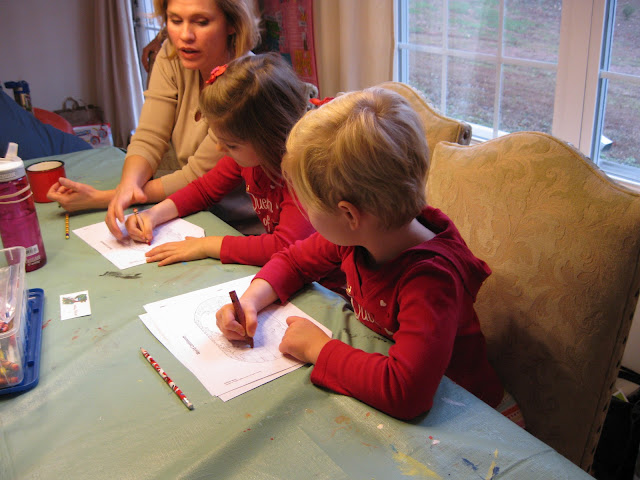 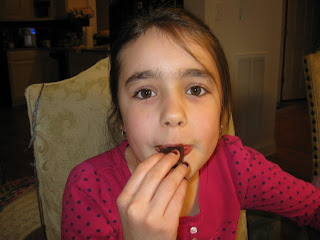 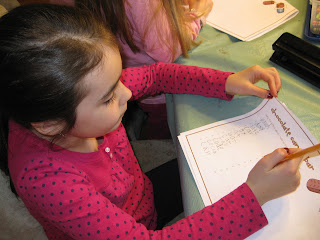 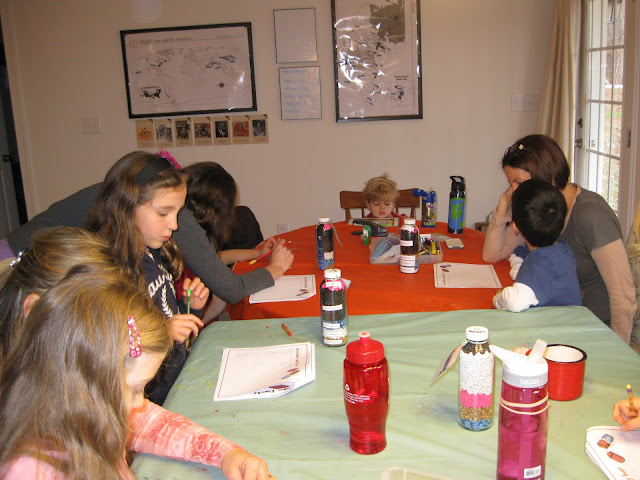 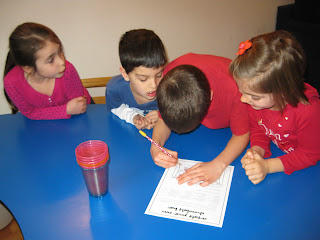 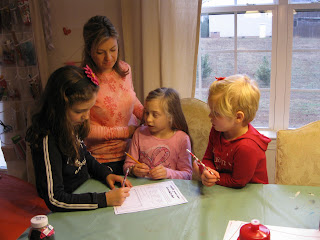 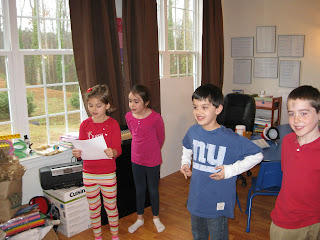 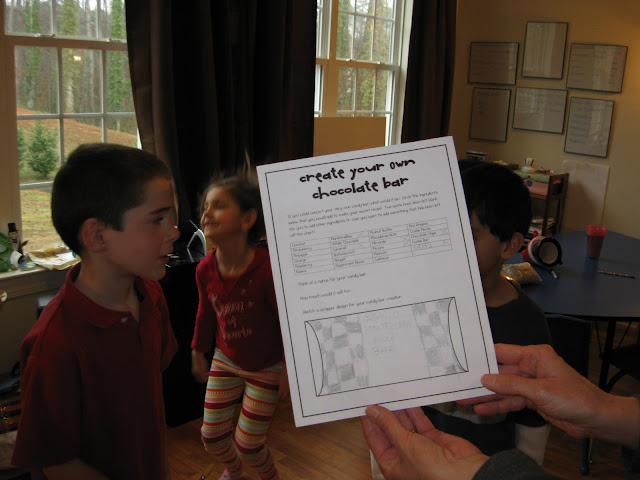 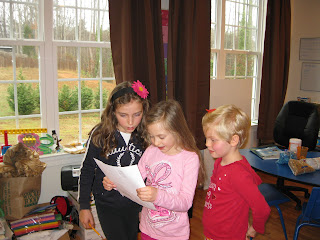 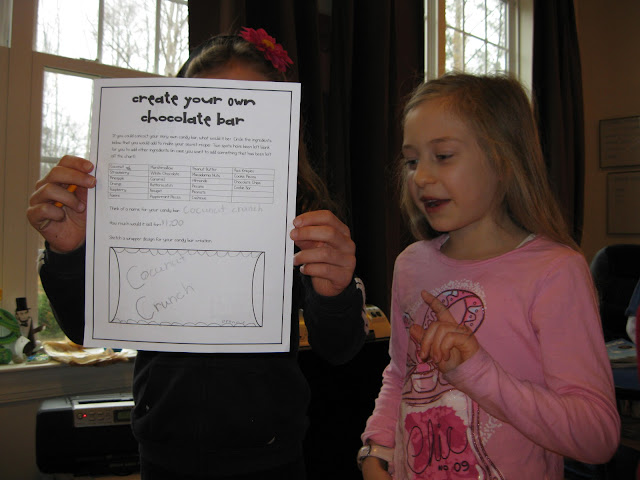 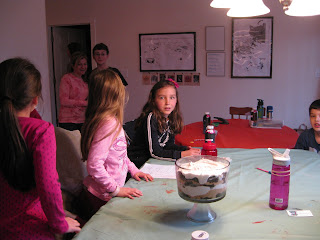 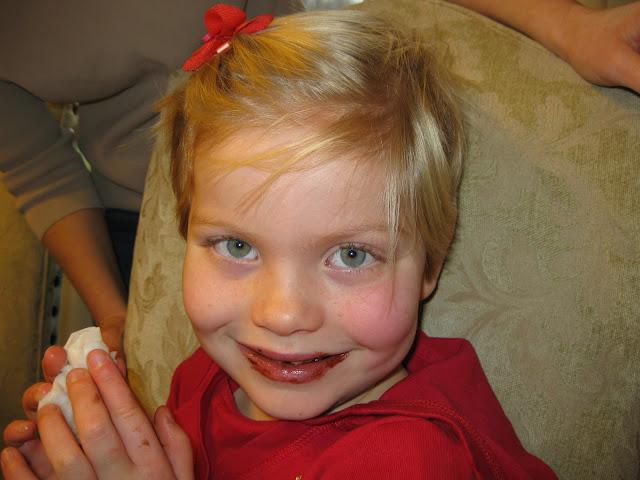