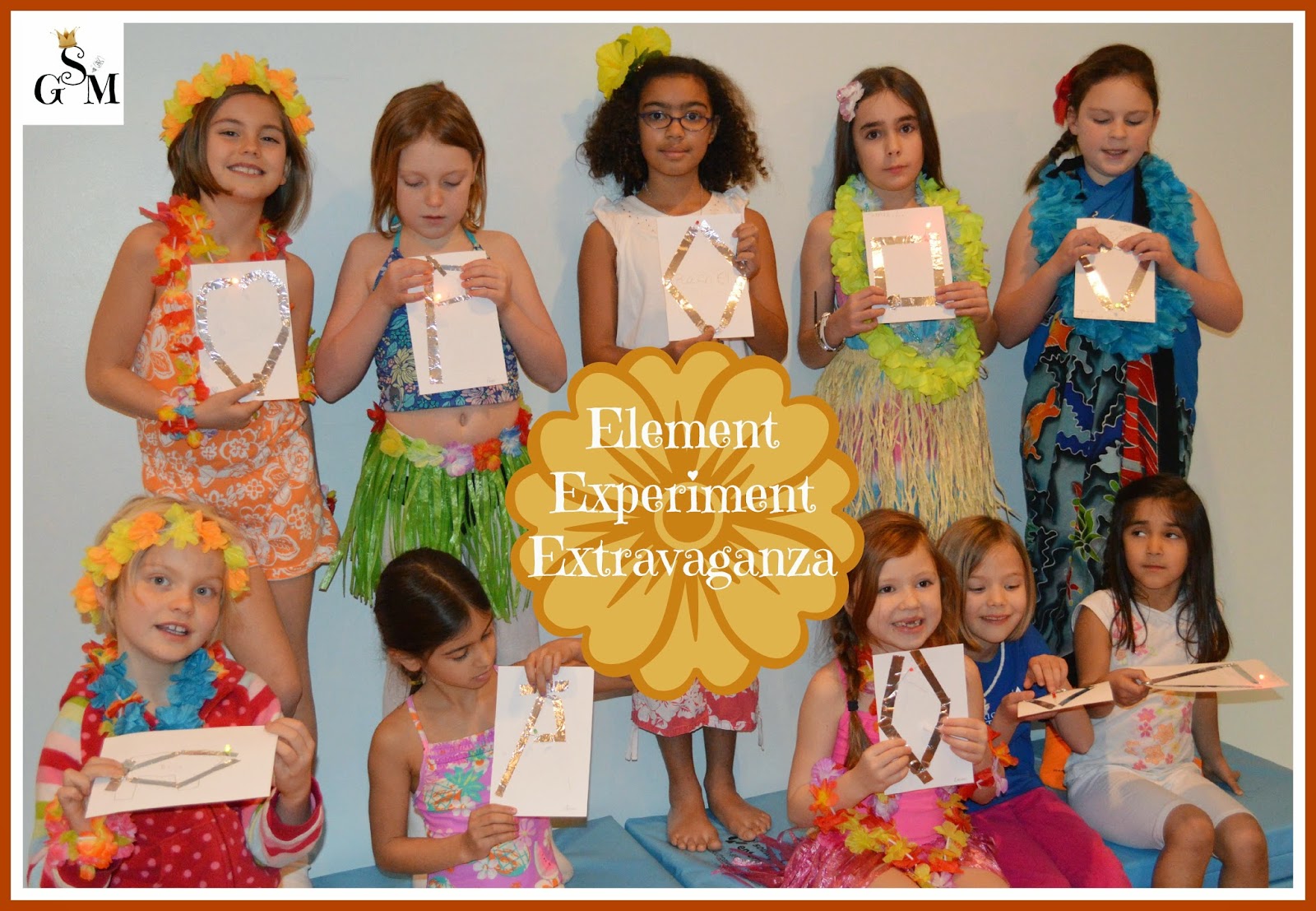 After completing our DIY Giant Periodic Table of Elements, I decided it would be the perfect time for the kids to explore elements in a hands on way, through experimentation.  So I set up several experiments today that utilized common elements, as well as an understanding of how electrons play a part in everyday things like electricity!  So join us as we explore...some ELEMENTS!

*affiliate links provided for your convenience*
To start out the day we began with reviewing our memory work for that week and ended, by watching the official CC timeline hand motions from CC Connected.  (It's a whole lot better than me trying to show them the hand motions each week.)  We always start at the beginning of the timeline and go all the way through to the current week's timeline cards.  This is a great way to review one of the  more difficult pieces for memory master.

To begin, I told the kids that we were going to eat the element iron this morning.  (Groans from the crowd.)  Then I busted out the iron fortified cereal...each child got a plastic baggie, some cereal and a rolling pin.  They were told to crush the cereal to fine powder.  Once it was a fine powder, they transferred some of the powdery cereal to a white sheet of paper.  Using their magnifying glass, they observed the cereal to look for the little black specs that were the iron fortification in the cereal.  Next, they were told to take a magnet and see if they could get any of those itty bitty iron flecks to stick to the magnet - either by placing the magnet on top, or by sliding it around from underneath.  The kids had a good time doing this experiment and when they were done, they ate it.  How's that for easy clean up? 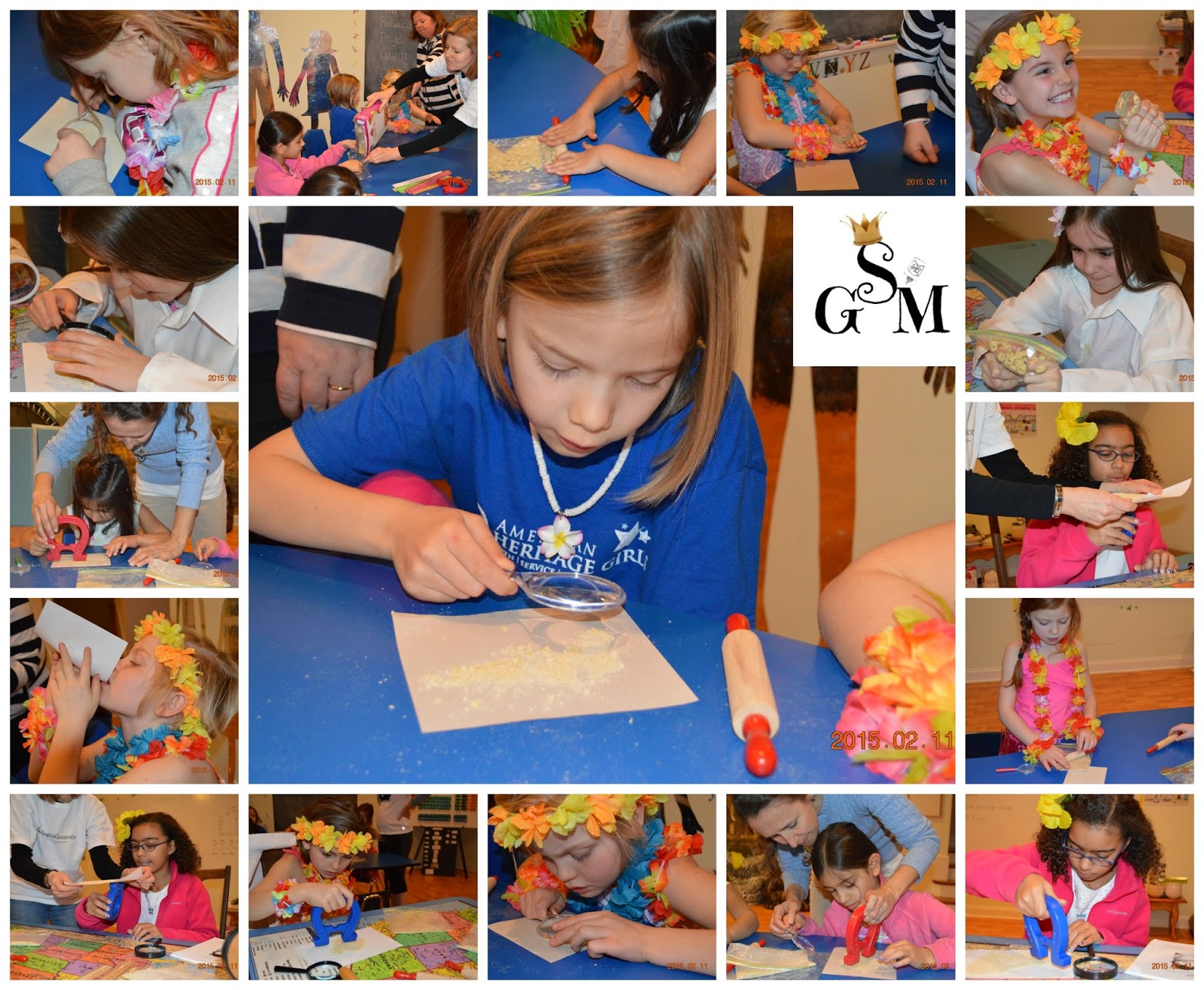 Our next experiment was breaking up H2O!  We talked about how water was formed by creating a molecule, with two hydrogen atoms and one oxygen atom.  Then I had the kids work in pairs (just because this experiment is pricey for materials), so each team got a glass jar, two thick Carbon Lead

.  The kids then had 2" of water poured into their containers and taped their two carbon pencil leads about 1" apart with the ends submerged in the water (good for practicing using a ruler).  Then they were instructed to put one alligator clip on one side of the battery terminal (+ side) and one on the other side (- side).  Then the two connected wires, were clipped one at a time to the carbon pencil leads.  Once the connection was made they used their magnifying glasses to watch, as bubbles appeared around the carbon pencil leads in the water.  This was essentially, electrolysis.  The electrons traveled along one wire, through the lead, across the water, through the other lead and wire, and back into the battery.  As the electrical current passes through the water, it breaks water (H2O) into it's elements, hydrogen and oxygen.  The bubbles they saw forming along the leads were gases (hydrogen along one and oxygen along the other).  The kids really enjoyed using their magnifying glasses and seeing the bubbles appear as they connected the leads.  (One word of caution, make sure your alligator clips are not touching each other once they are connected to the battery, or your battery will become dangerously hot.) 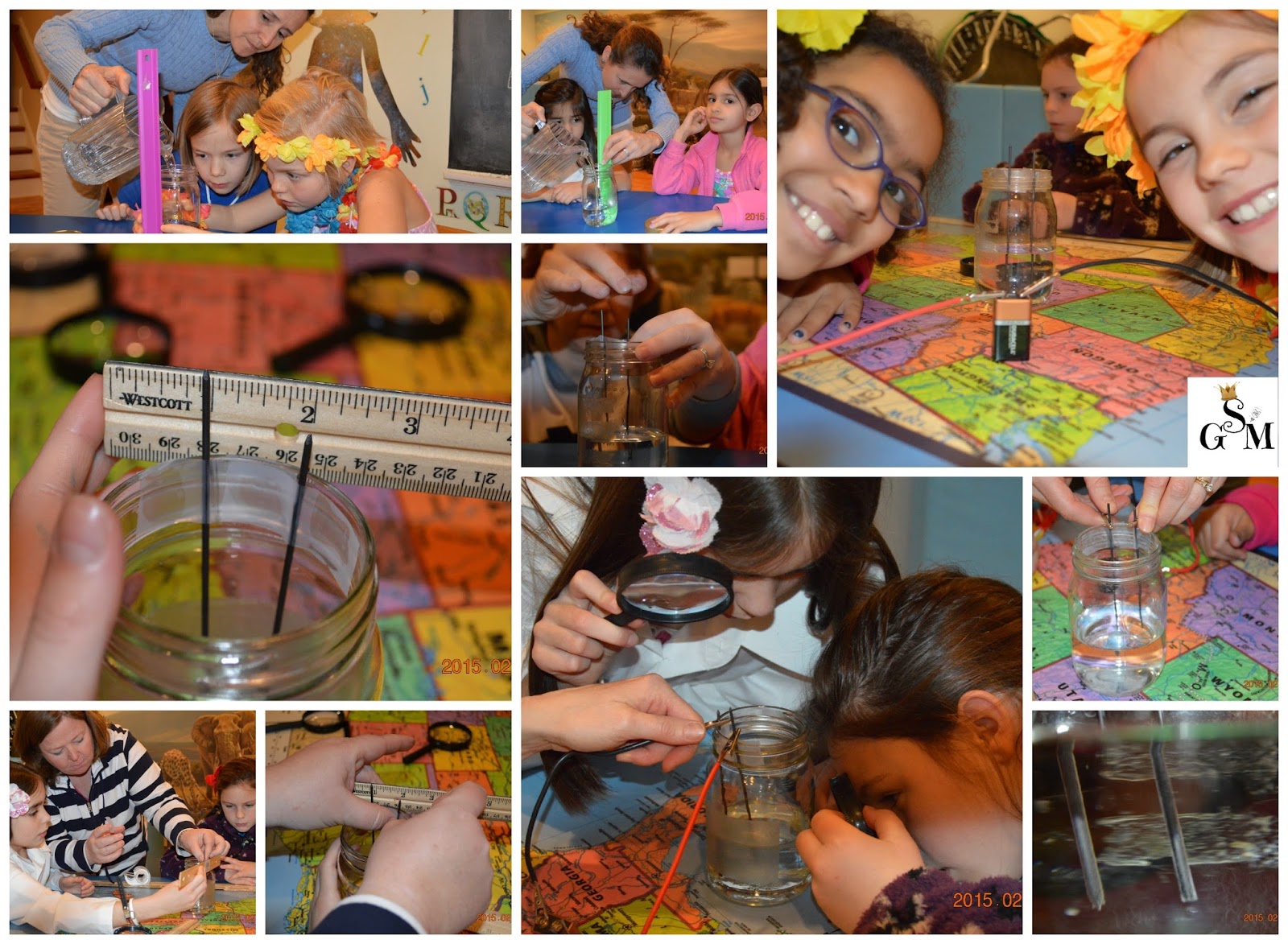 We then moved on to experimenting with antiperspirant and how that works.  The kids each were given a ceramic bowl and it was filled almost to the top with water and ice.  Next they took a piece of tin foil and placed a streak of antiperspirant and a streak of deodorant on their tin foil and placed it securely over the bowl.  This experiment was pretty cool, because it didn't work at first!  I loved explaining how this is "real science" when you have to start changing up your variables to try and achieve a hypothetical outcome.  We knew that the warmer air above the foil should be cooled by the ice below it and that should cause condensation as it changed from vapor to liquid and collected on the foil (Cycle 2).  However, it wasn't working.  So, we started looking at all our variables.  We had our ice/water at the right level, so next we tried placing rubber bands around the foil on the bowl to see if that helped.  It didn't.  Then we decided to change the bowl from ceramic to glass.  Still nothing.  Then we got a metal bowl and viola!  We got lots of condensation on our tin foil and the antiperspirant didn't get wet.  What a great experiment!  You can see the kids celebrate our achieved outcome at the bottom right photo!  What great science detectives! 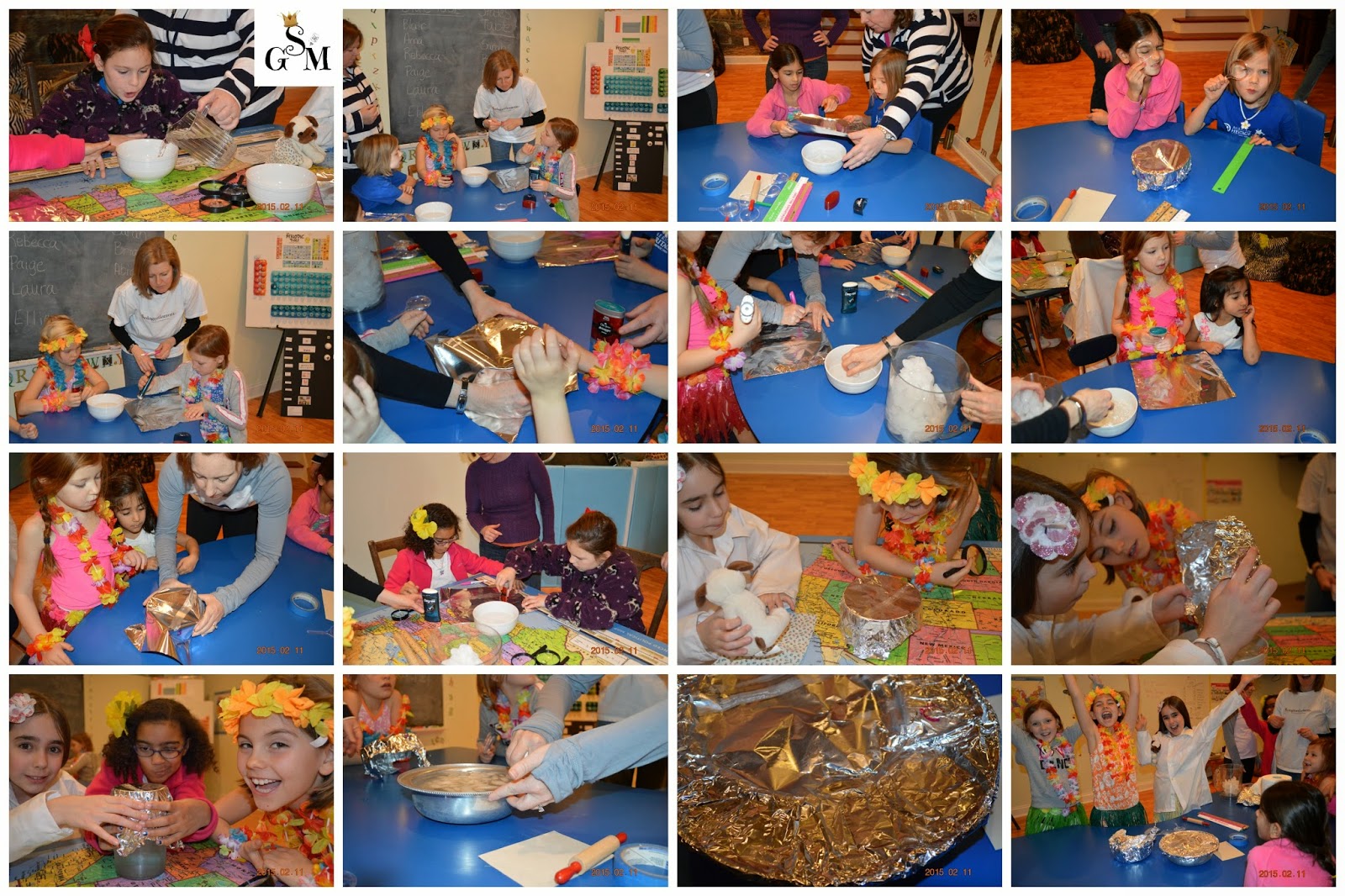 We weren't done exploring elements yet!  Next we took a look at how moving electrons makes energy.  Each kid designed their own working circuit.  Each child was given a white piece of card stock paper and a pencil.  They were told to sketch out a circuit design and I recommended they choose a shape that they could make with only two pieces of Aluminum Tape

and had a continuous line.  Once the parent approved the design, then they were given some aluminum tape.  The tape needed to be cut in thirds (the wider the tape, the more resistance and less flow of energy).  So keeping the tape to about 1/4'-1/2" was best.  There needed to be two openings.  One for the battery and one for the light bulb.  At the openings, the aluminum tape could not touch.  Once taped, the kids were given a 3V Lithium Button Cell Battery

and a 2.6v LED light.  I had the kids make a "switch" by making sure one side of the tape where the battery would touch, had an extra 1/2" or so of overhang that we could fold in half and make a switch to touch the battery with and turn the light on and off by.  Then I explained how the electrons moved from the source (battery) to the load (light) and back to the source (battery) in a continuous motion creating a circuit. 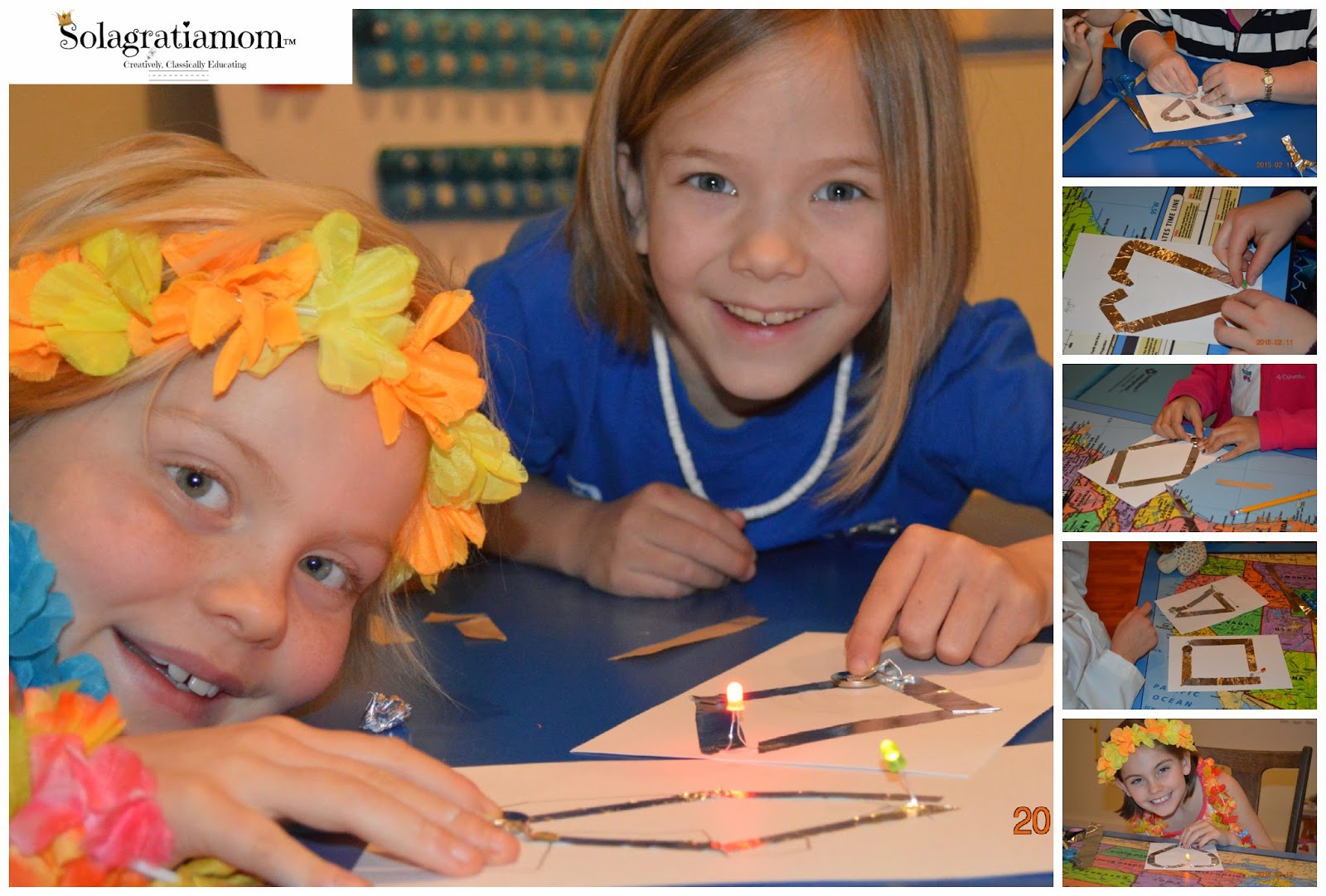 Believe it or not, we weren't done exploring elements quite yet!  We still had a surprise in store.  I had the kids all head outside (this one involved fire and seemed prudent to move outdoors!).  They were each given a tin foil Cookie Sheet

and a piece of very fine (at least 00) Steel Wool

and a 9volt battery.  Then they were told to touch the battery terminals to the steel wool and see what happens!  I explained that they oxygen and the iron reacted when they were heated (to about 700 degrees!) by the current sent from the battery, which caused a cascading reaction -this reaction converted the iron to iron oxide (which felt heavier then iron (steel wool) we started with). 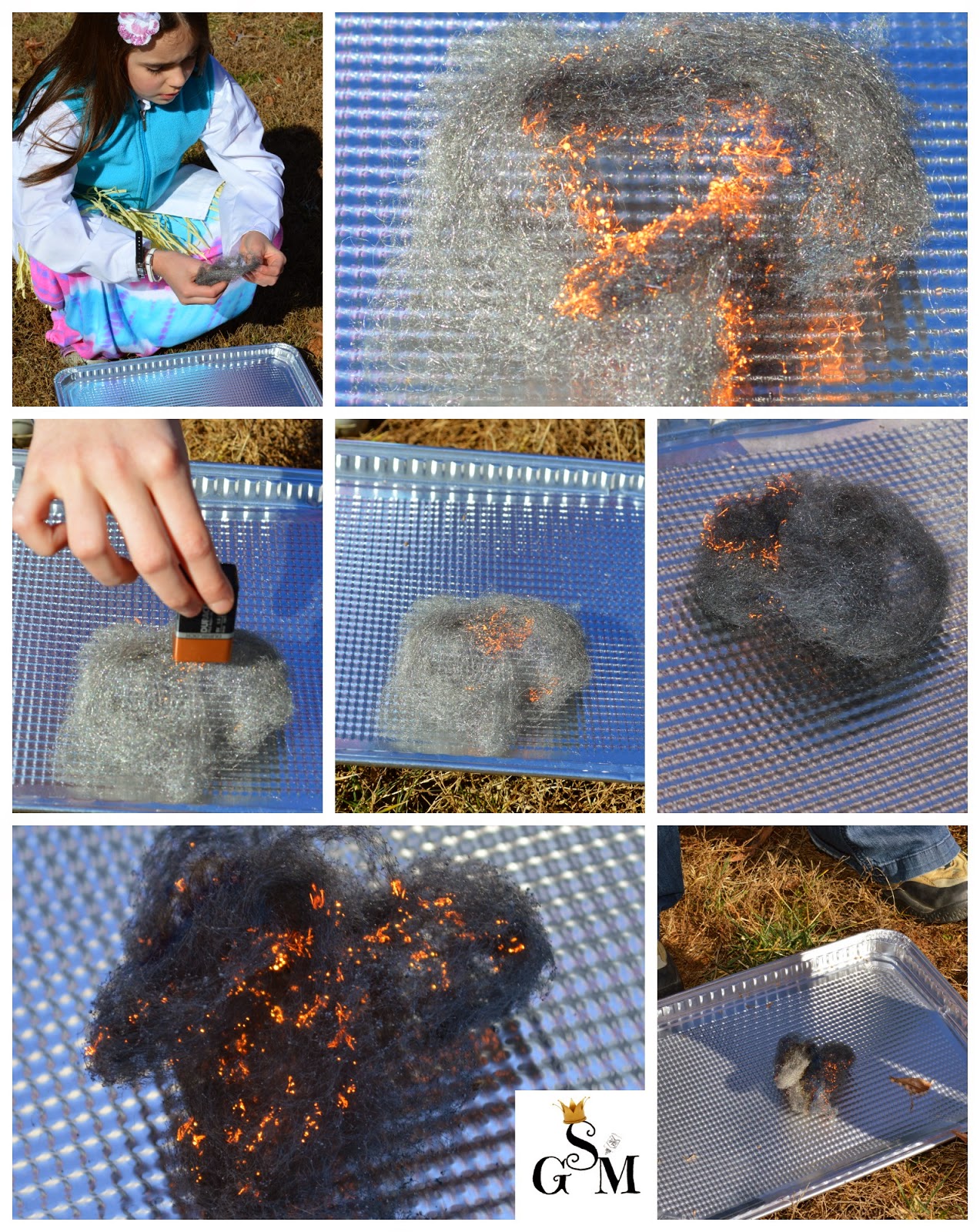 Our dress up today was Hawaii for our Pearl Harbor history sentence.  The kids looked like they were ready for vacation! 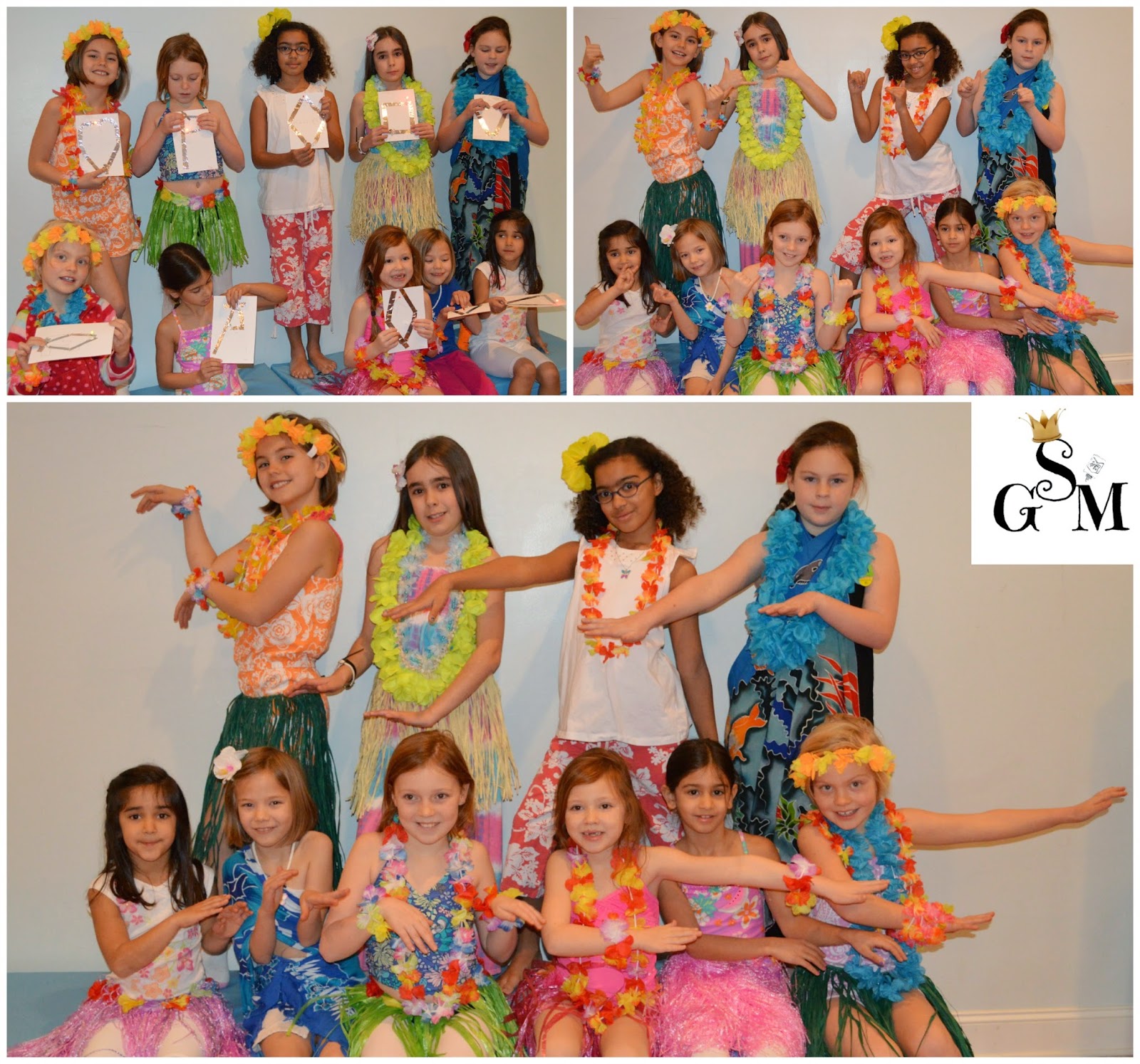 We had a delicious, Big Island reminiscent spread, put together by one of our talented Moms!  She made some terrific tropical lava drinks, sausage & pineapple and teriyaki chicken hors d'oeuvres! 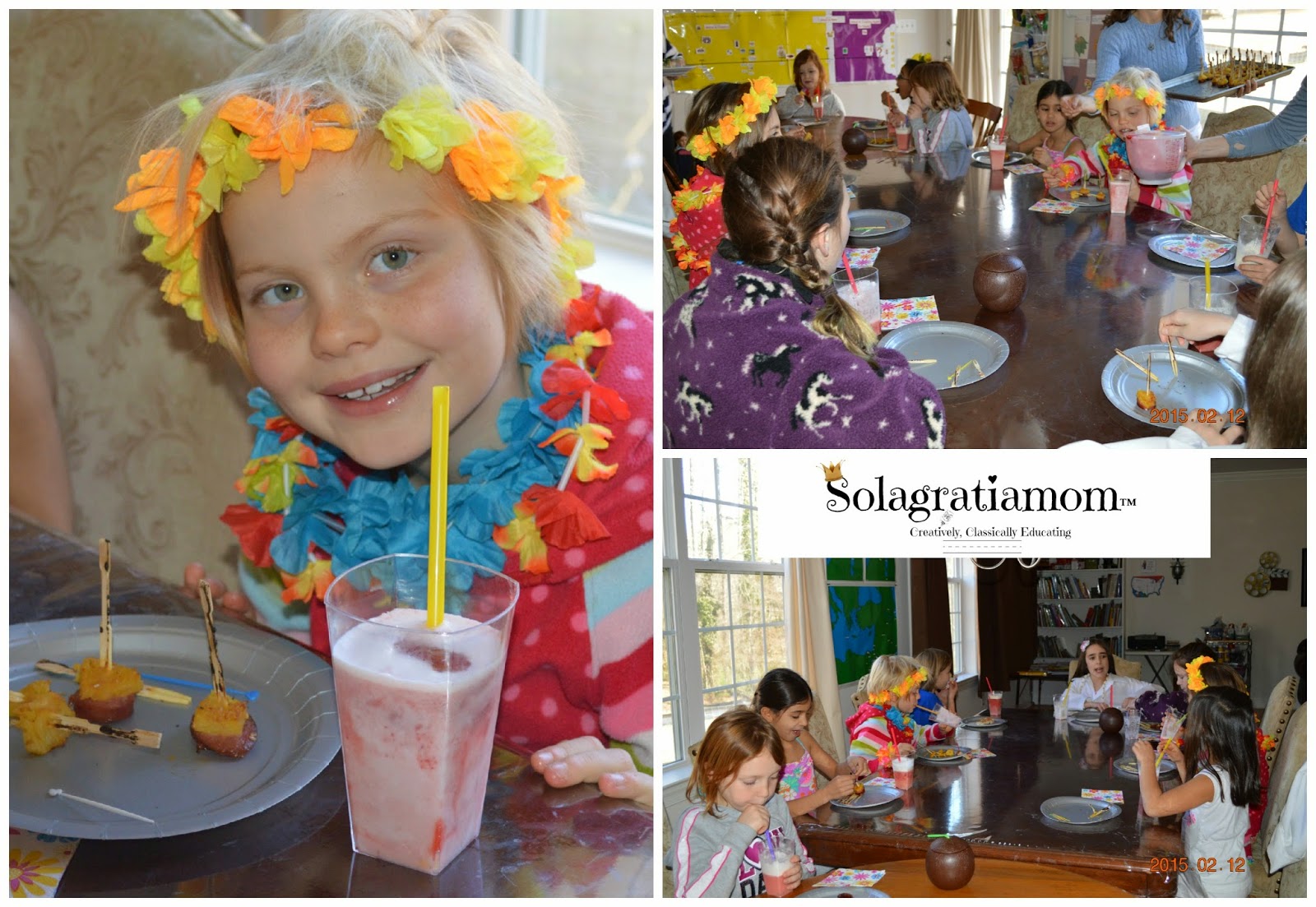 The kids played a Mouse Match review game to end their time together. 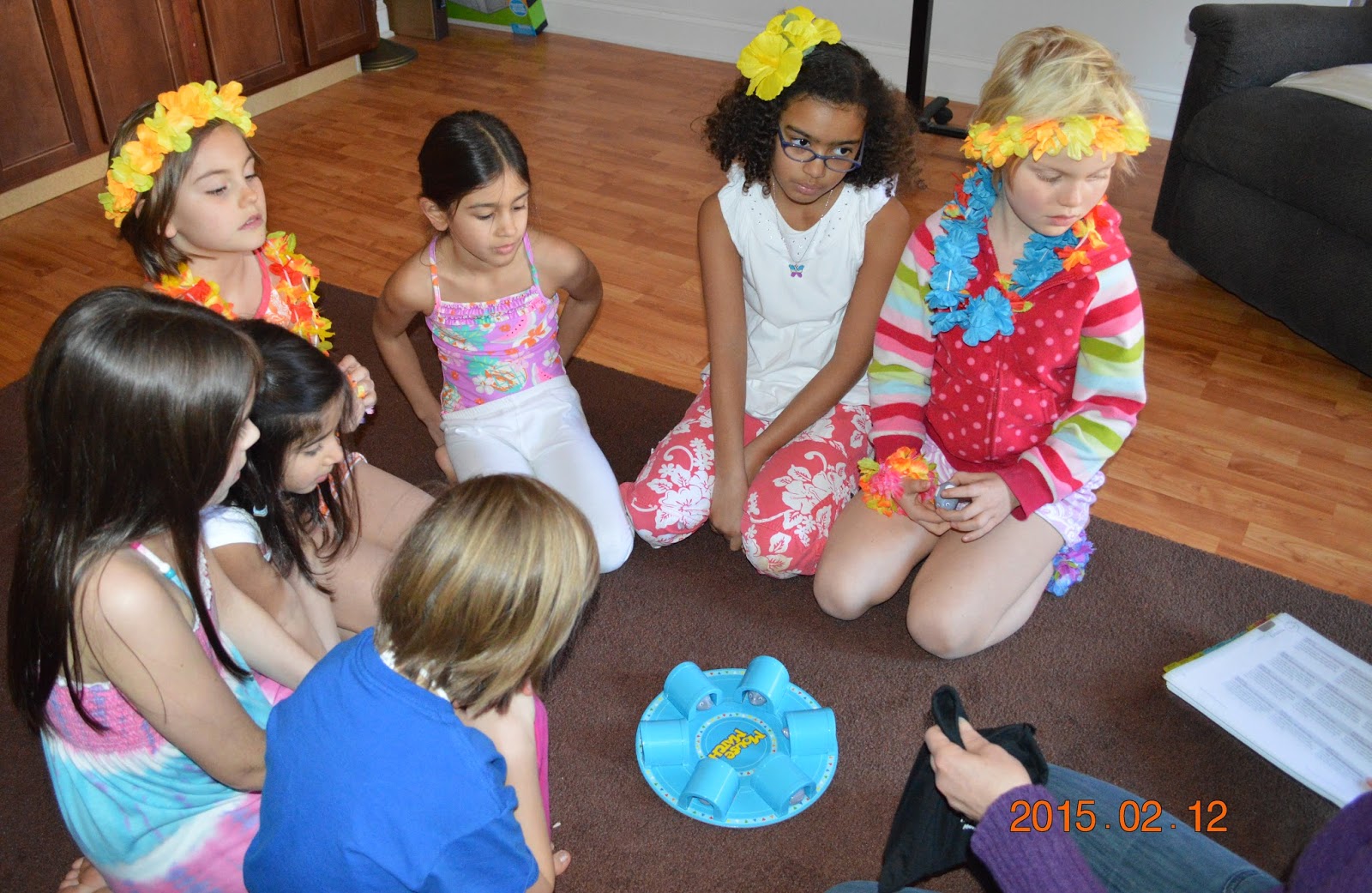 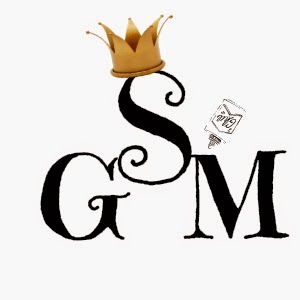