Wonderful Wednesday is back!  School is back in session, and we are starting our exploration of chemistry!  I wanted to back up from the atomic number (which is week 13 for CC) to explaining what an atom is first, and how that fits in with our previous studies of anatomy.  I also wanted to back out and give them an overview of chemistry and introduce the idea of the periodic table of elements.  This is the basis from which we will explore the periodic table of elements and the atom in the following weeks!
*This post contains affiliate links to assist you in replicating the activities.*
Chemistry Overview
We started out our day reviewing the memory work and then (taking my cue from this week's science memory work), I began an introduction by way of simplified explanation, defining terms.  We talked about what chemistry is, an atom, an element, the periodic table and then molecules.  I shared a few of the resources I have found very helpful as I've prepared to teach.  I have enjoyed the Basher books and we will be using them to build off from the next few weeks, and I re-introduced the Periodic Table of Elements Coloring Book (which is really so much more than that and you can read my previous review about it by clicking on REVIEW.  If you are interested in any of these books they are available below… 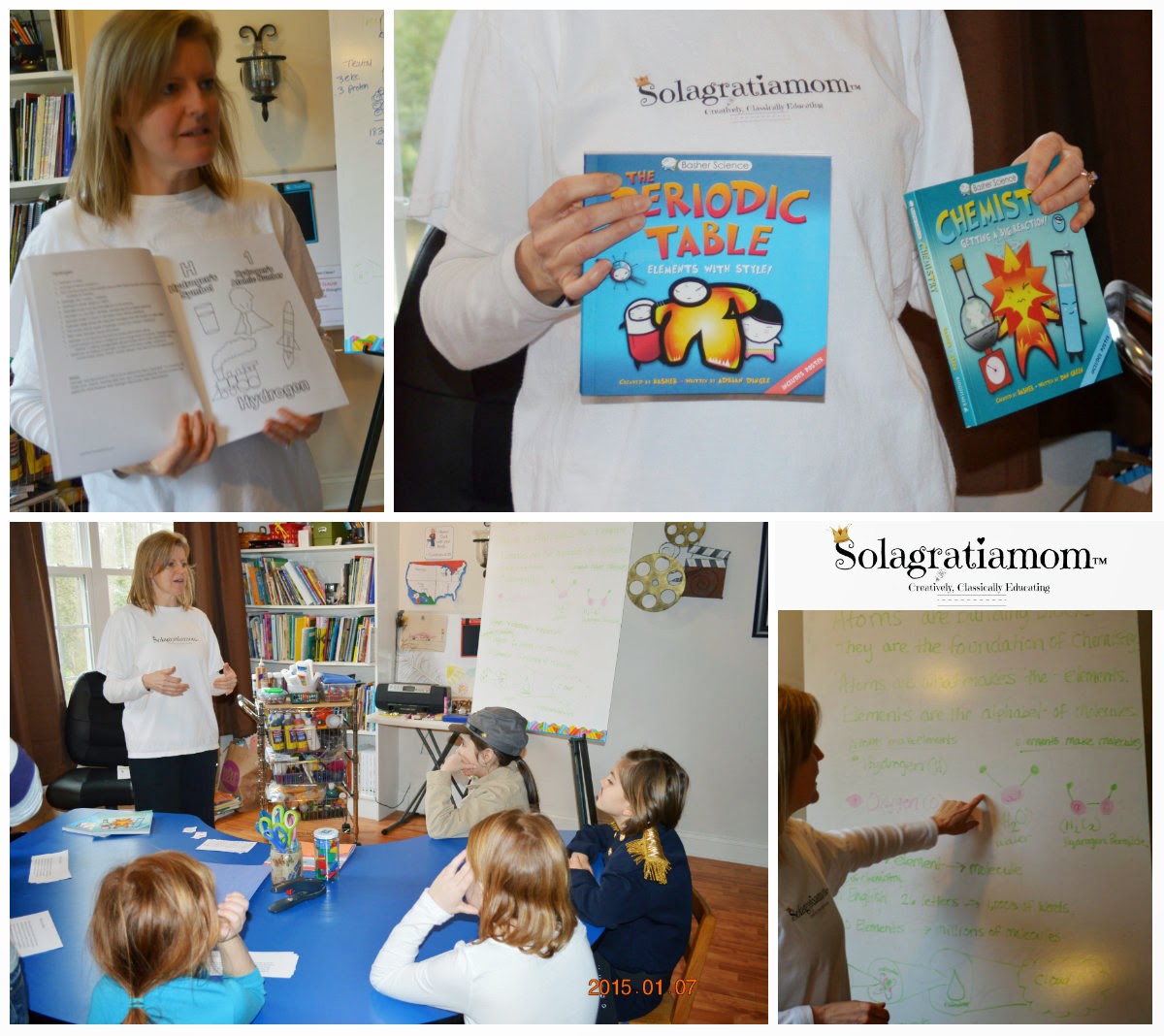 Flip Book Activity
To reinforce what we talked about, we made a flip book about atoms. 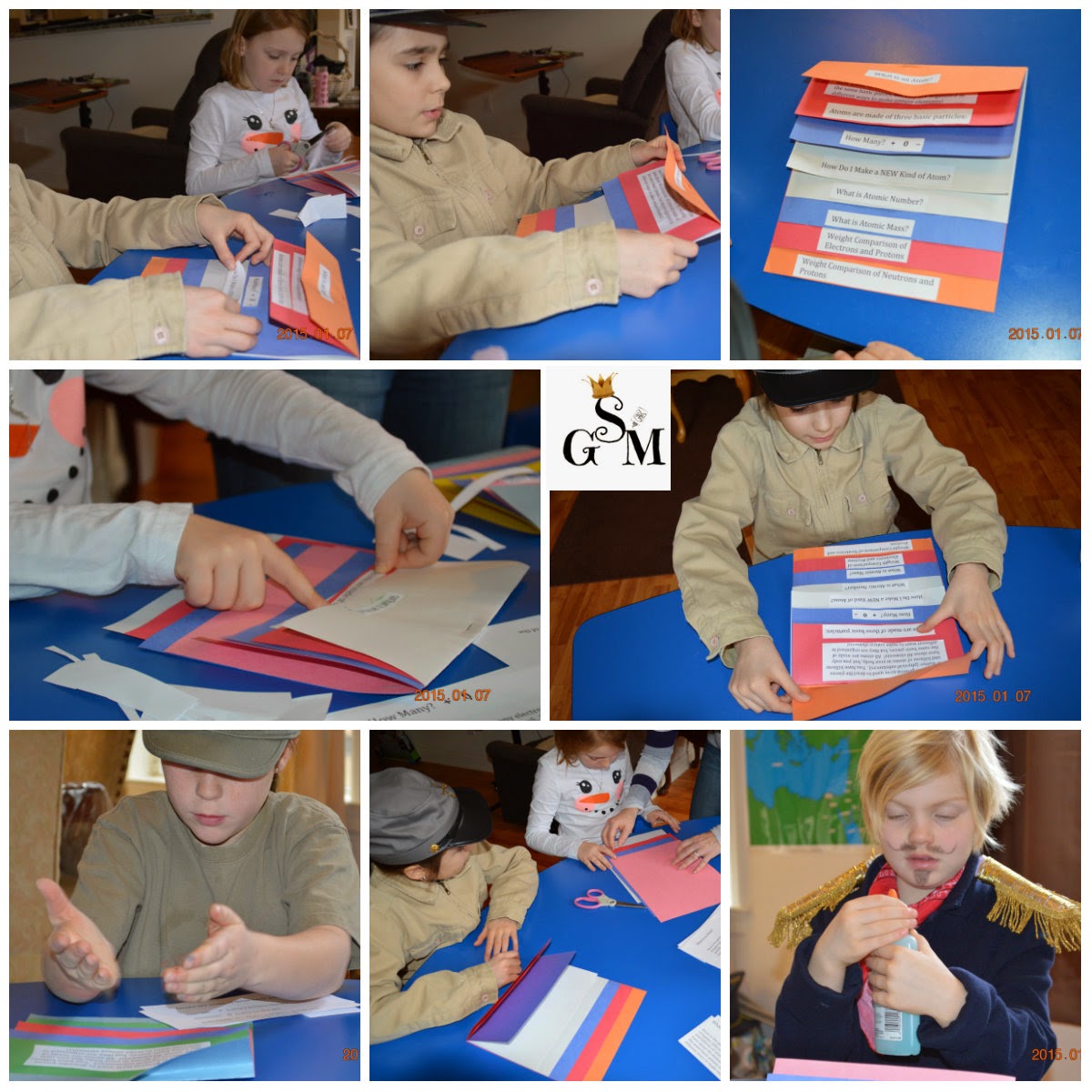 Project on Atoms
Next we talked about how atoms come together to form larger structures.  We tied together the anatomy we did last semester by starting out small with an atom and followed it all the way through the body, out to the the Universe.  I also had them hot glue on three balls with labels.  Each ball represented an aspect of an atom.  Two large balls - one they put a (+) on for the proton, one with no writing for the neutral neutron and then a smaller ball with a (-) sign on it that was the negative electron.  I found pictures for each and then had the kids paste the labels with an image to match beside it and followed this process... 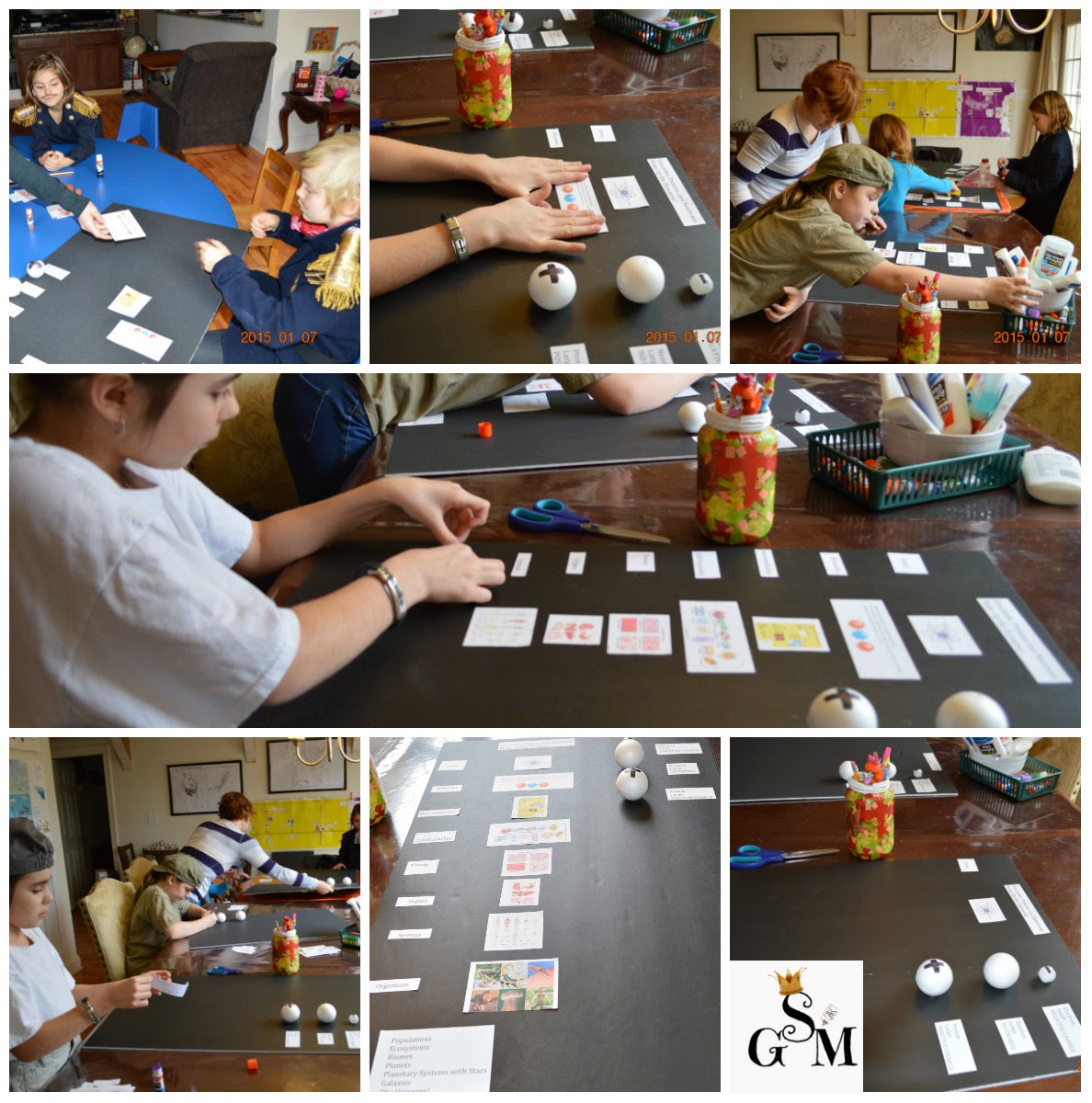 Civil War Dress-Up
The kids dressed up and did some creative role playing with the civil war this week. 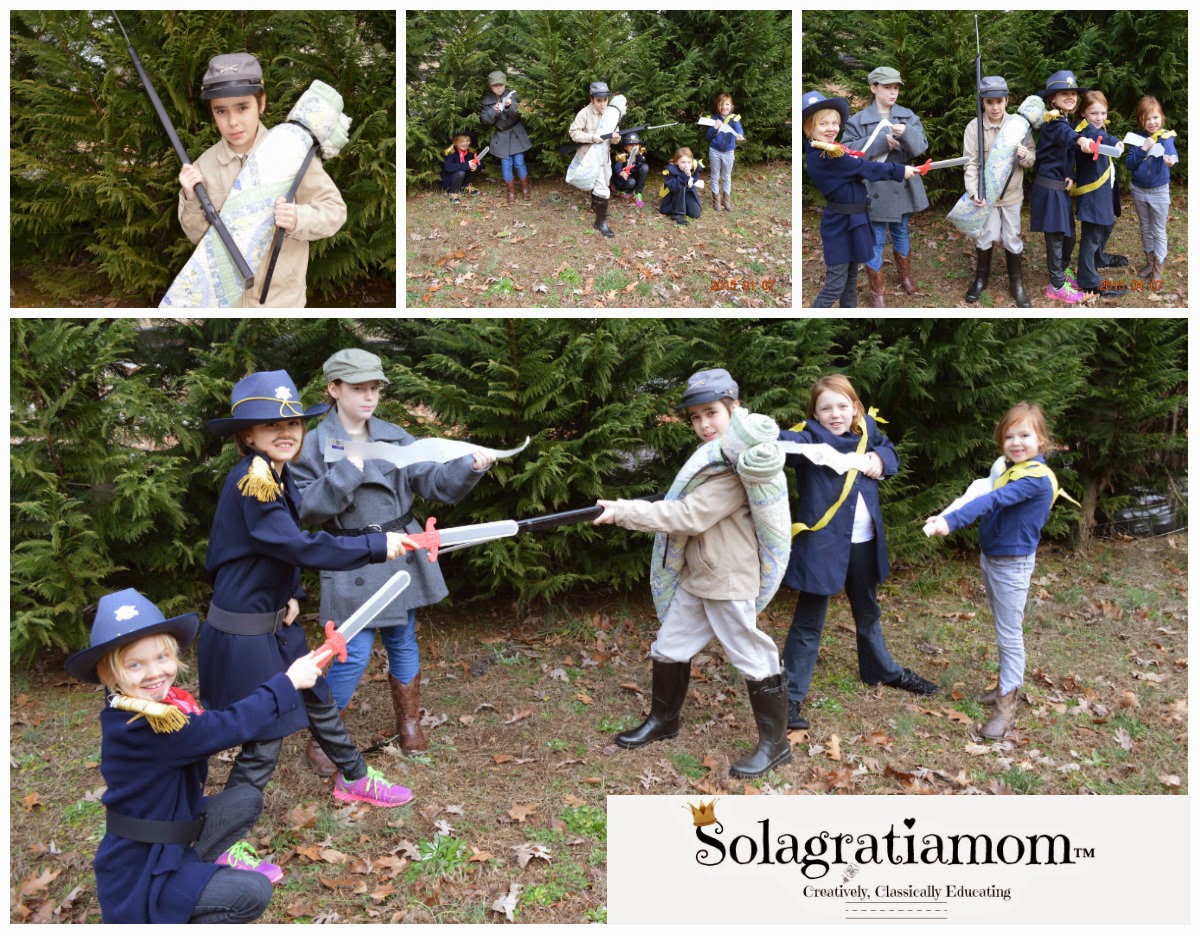 Henry the Navigator Snack!
To end the day we had a themed snack that was representing our timeline card of the Henry the Navigator!  The popcorn is the world map, the blueberries the ocean and the red peppers are the navigators sailing on their way.  There even was a marshmallow person representing Songhi in Africa. 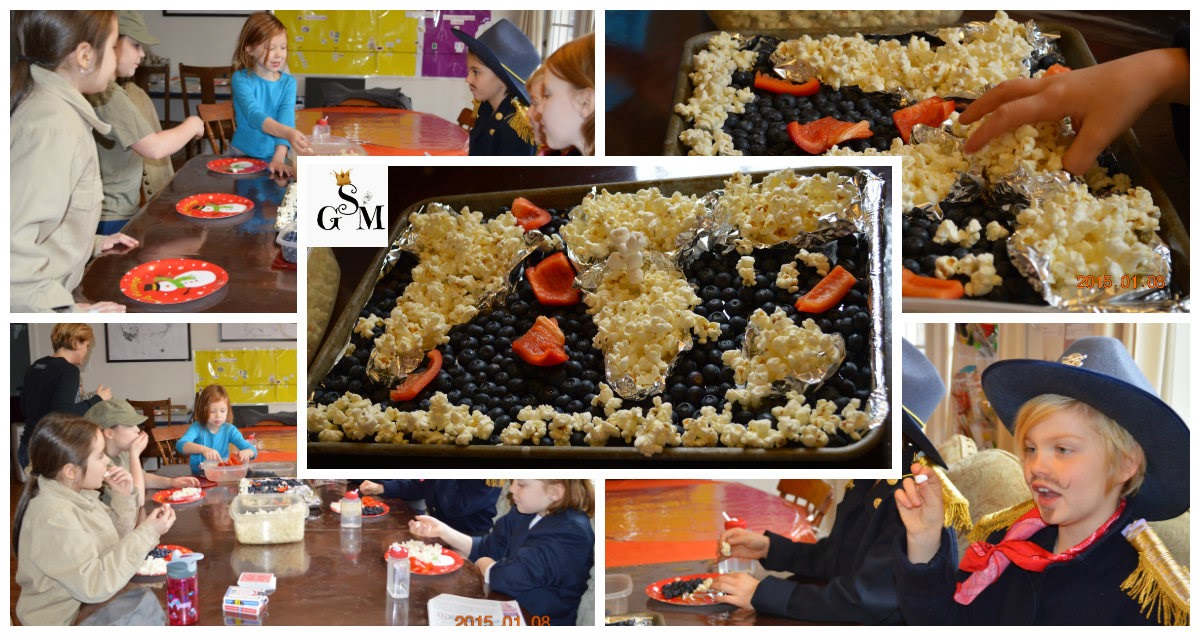 The kids happily munched down their snack while they played war -a review game with a deck of cards.  All in all it was a Wonderful Wednesday! 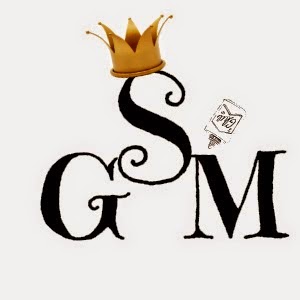