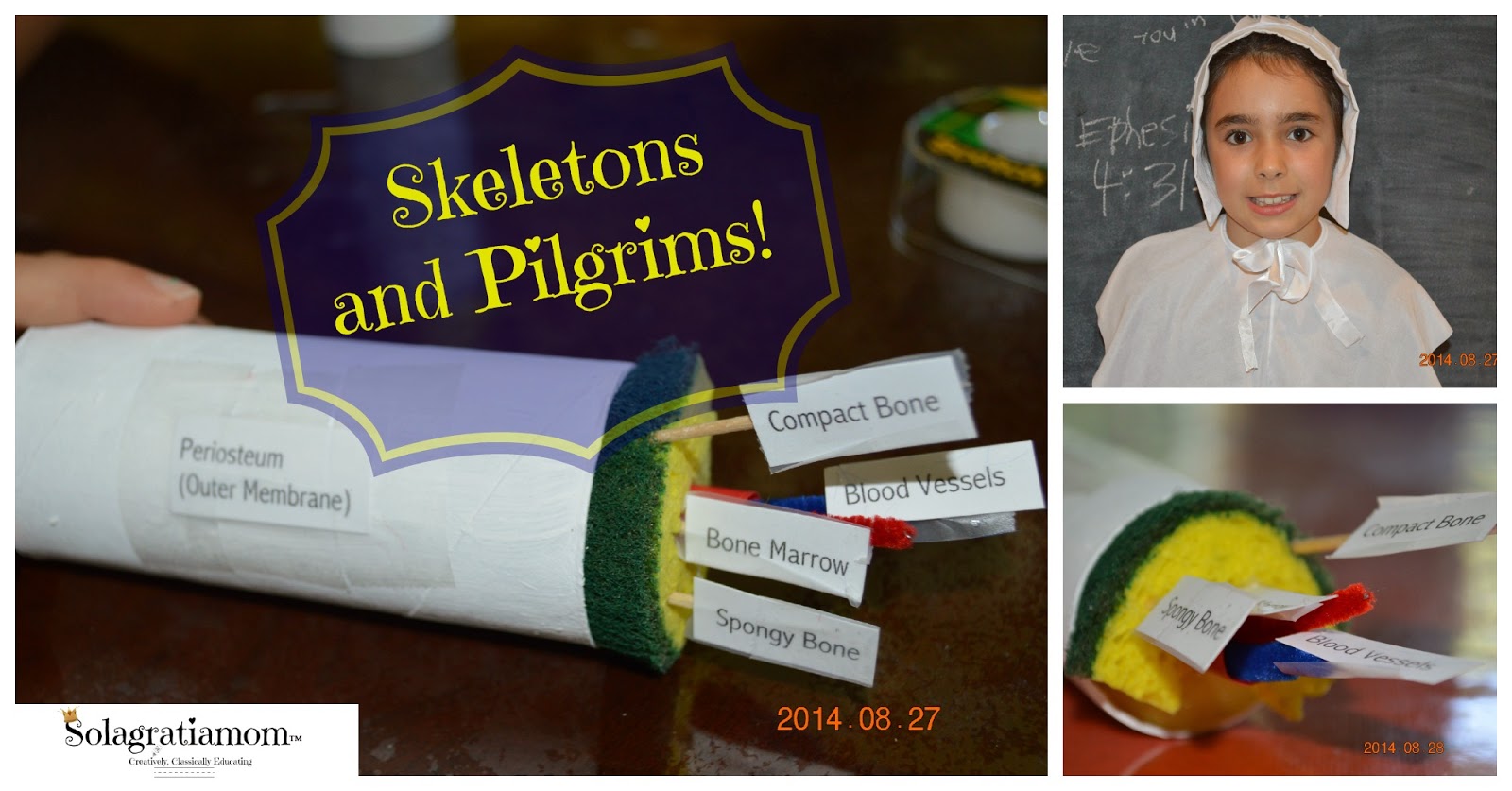 This week we had Pilgrims, a Thanksgiving Feast, a lot of activities - as well as making a bone model, to better understand the human skeleton!  Join me in the recap of this weeks' journey! 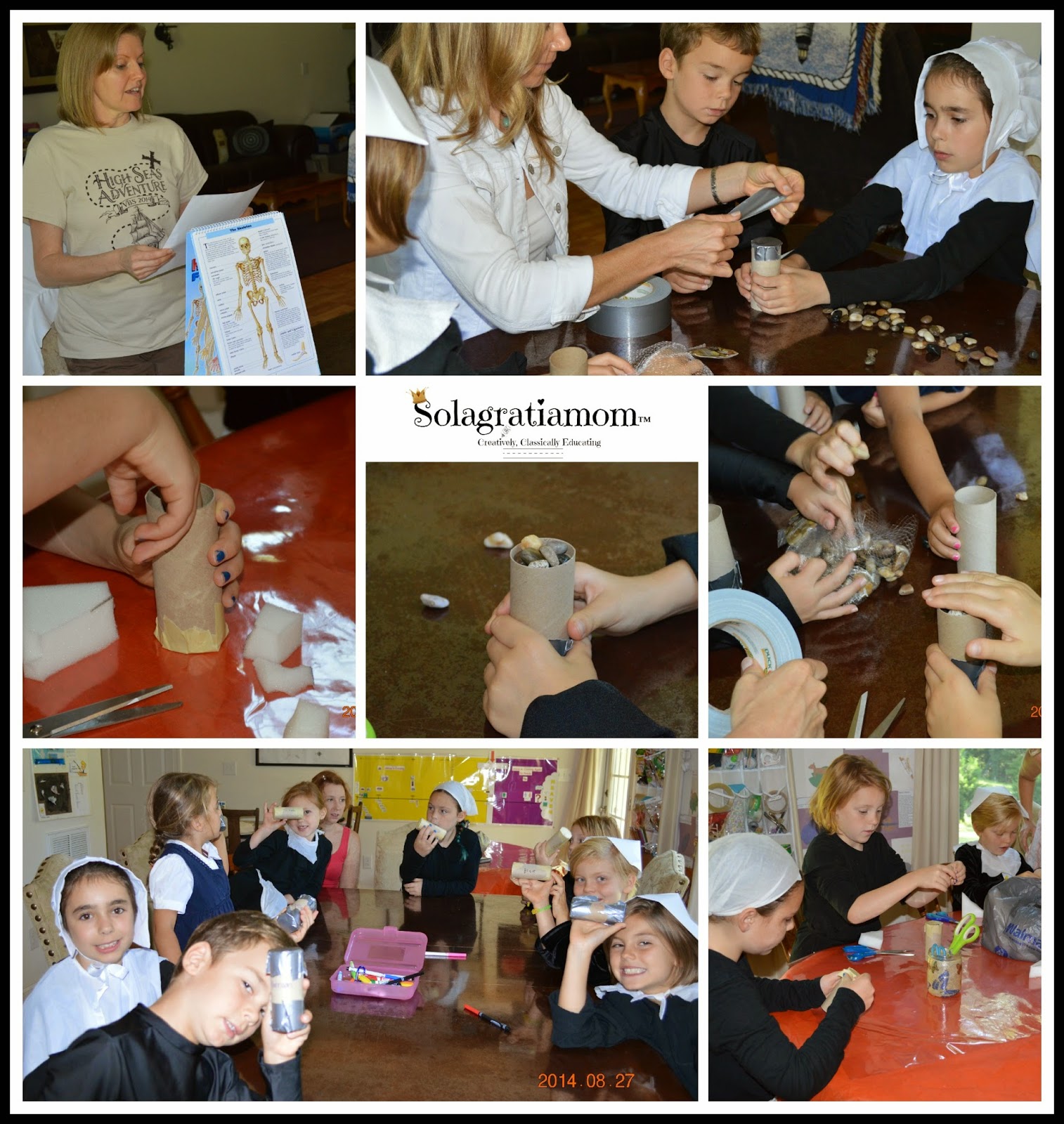 We started out the day with talking about the human skeleton.  I had found 9 Random facts, that were pretty far out, about the human skeleton.  So I read them out loud to the kids and we took a look at a skeleton diagram, discussing how God created our skeletal system and what would be the consequences if He had made our bones differently.  To illustrate the brilliance in God's design of the skeleton, we did our first demonstration.  The kids were given toilet paper rolls, rocks or sponges and tape.  They were told to pack their toilet paper roll till it was full with either the rocks or the sponges.  Once they were built, then the kids passed them around and felt the differences between the solid stone stuffed rolls verses the light sponge stuffed rolls.  They quickly got the idea that a solid bone for a skeletal system would be quite heavy to lug around!  However, did that mean God compromised on strength to get a lighter frame???  Maybe not... 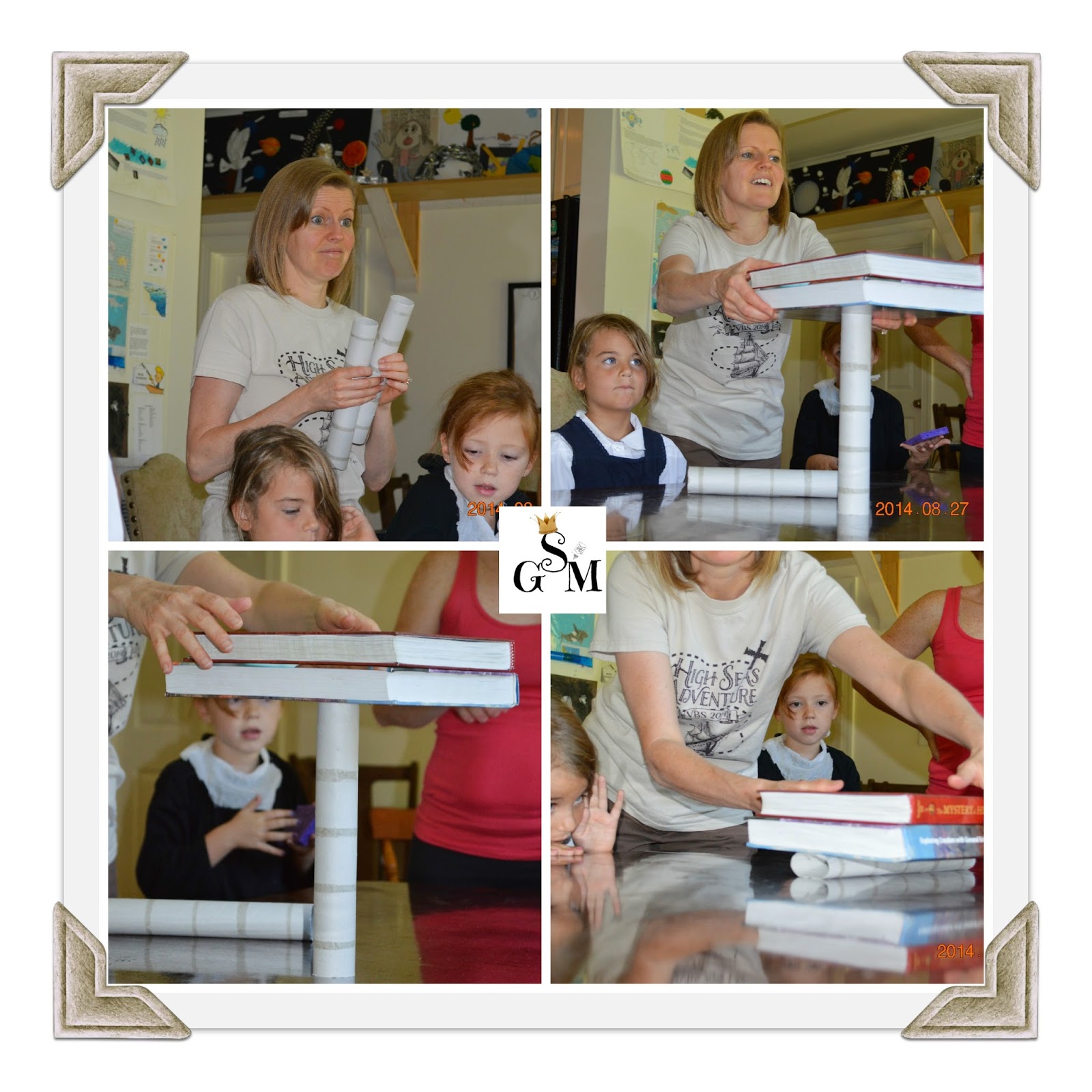 Next I demonstrated the structural strength of bone.  We used two empty paper towel tubes - laying one upright and one on it's side.  We talked about whether the kids thought the larger surface area of the flat lying tube would be stronger than the tube that was upright.  Then we took two very heavy books and stacked them one at a time, on to each tube.  The kids quickly saw that the upright hollow tube (much like our hollow femur bone -which is the strongest bone in our body!) was very strong compared to the flat lying tube with more surface area. To have some fun and an easy WOW factor, we made x-rays!  The kids were given white paper towel sheets,  Elmer's Glue, Watercolor Magic, Black

, and paint brushes.  They first were told to fold their paper towel sheet in half and then place their hand on one side and trace the outline of their hand print.  Once that was traced, inside their handprint they added their "bones" using Elmer's glue.  After they had their bones made, they gently folded over the paper towel.  Then using the black watercolor magic, they lightly painted over their hand print.  (The darker the mixture of watercolor magic, the better the "x-ray" shows up when it is done and dries.)  This came out very good and it was super easy and fun! 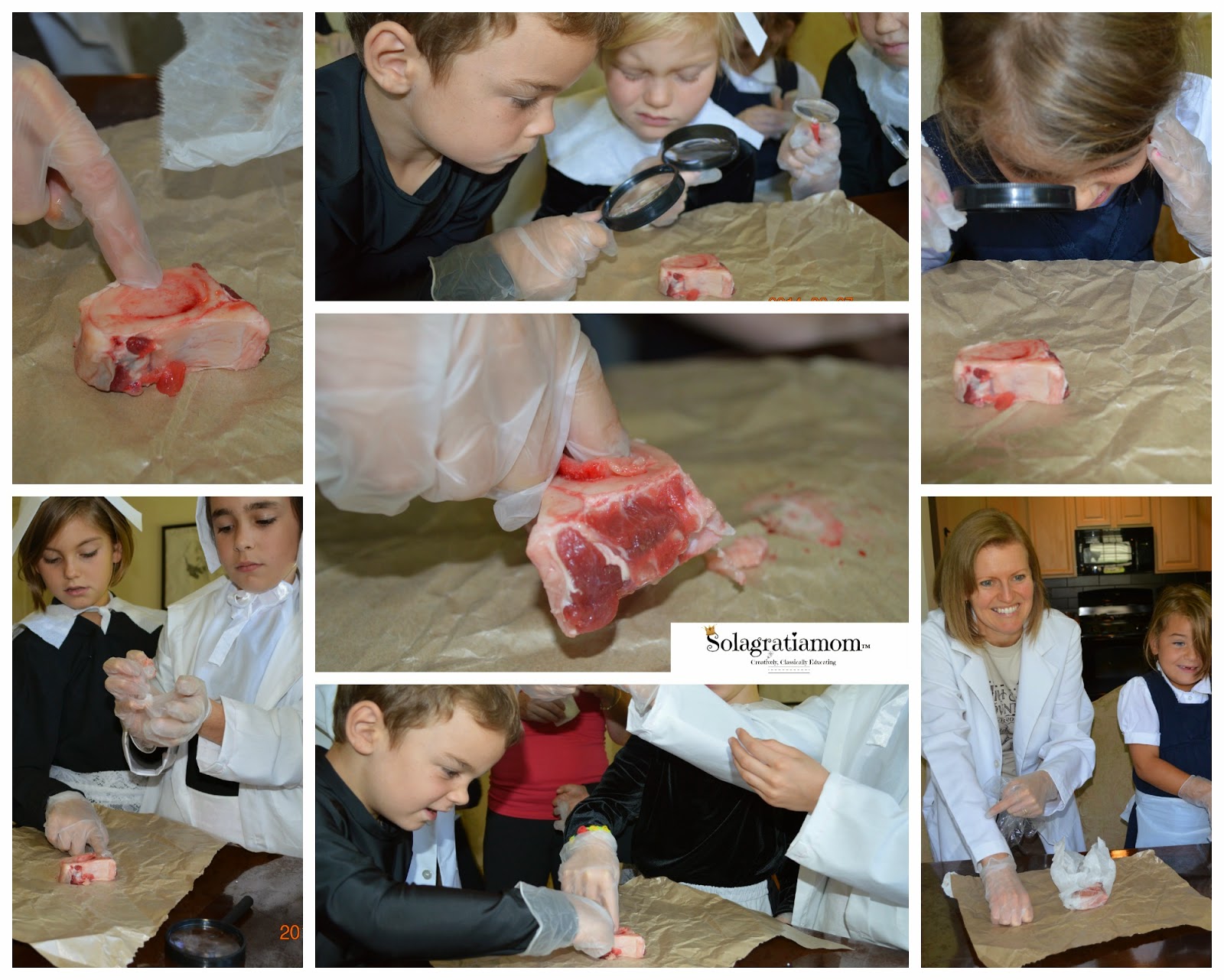 We then busted out our inner scientist and donned some gloves and a magnifying glass to began investigating and exploring our cow femur bone.  We were able to see the various layers -periosteum, dense bone, spongy bone, marrow, blood vessels - it was ooey-gooey fun and a great prep for the next activity - making a bone model! To make the Bone Model we used the following supplies:

First the toilet paper tubes were painted (I did that in advance for time sake).  Next the sponges were bent in half and pushed into the tube.  Then the pipe cleaners were placed inside the red straw (which were all pre-cut to the same length as the roll).  Then they folded the pipe cleaners over the edge of the straw just a little so they wouldn't fall out of the straw.  Next the straw was pushed into the center of the sponge.  Each part was labeled with toothpicks or taped on directly where appropriate. 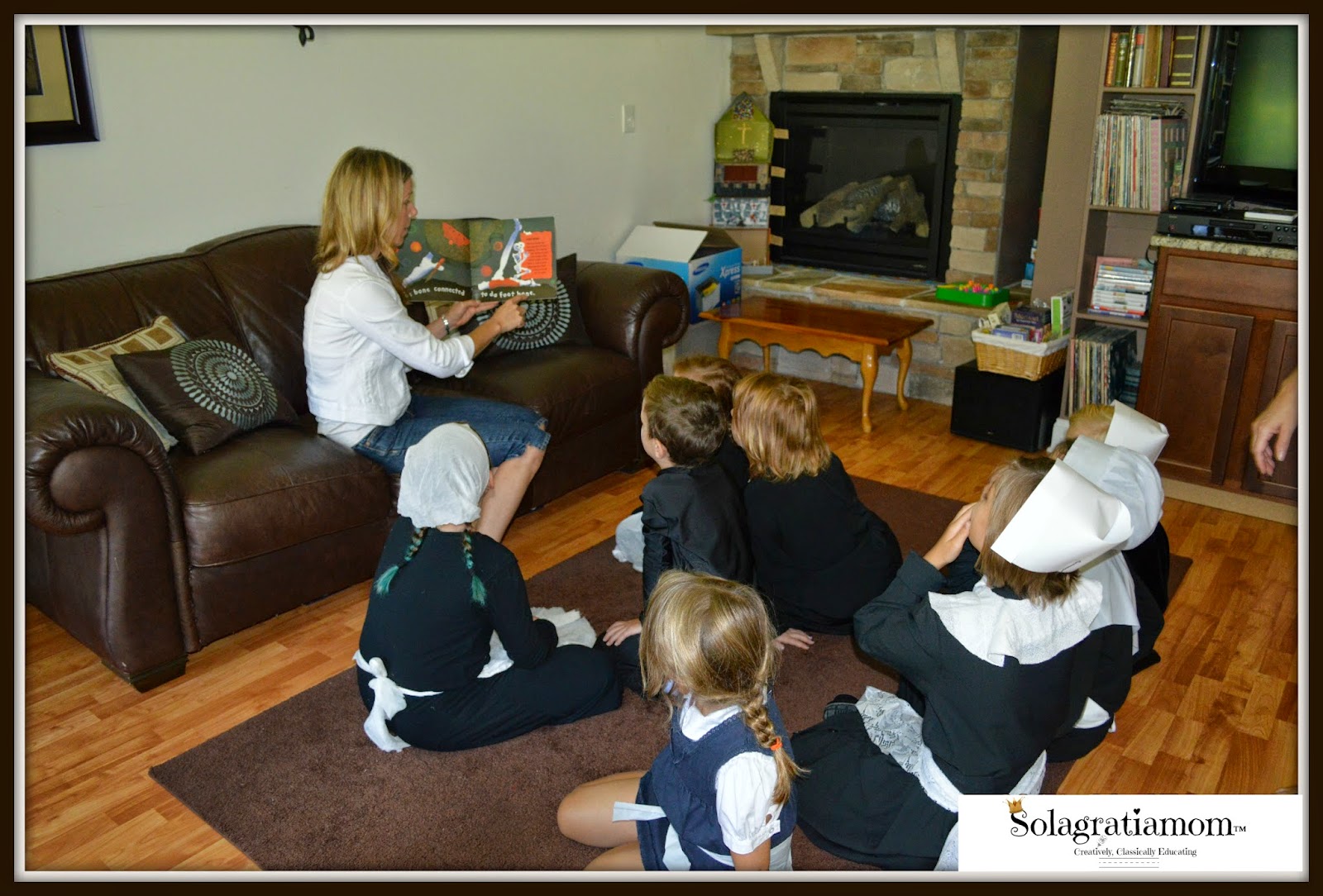 book -which was a silly fun book with some great informative facts as well, regarding the skeletal system.  They danced together and sang the song at the end of the book in conclusion! 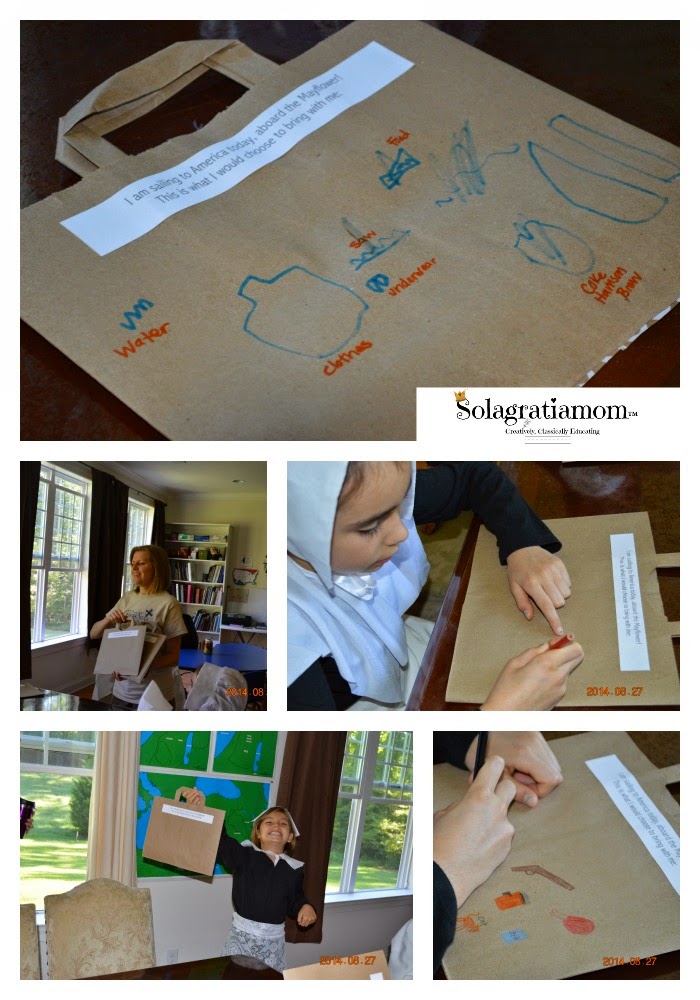 Then we switched gears to history and the "Pilgrims" were each given a "suitcase" that I made out of a paper bag turned inside out and cut down the side and shortened on the bottom.  I labeled the bag telling them they were sailing today on the Mayflower and needed to decide what they would bring with them in their suitcase.  They could draw or write out what their ideas were.  We had fun brainstorming and talking about what the Pilgrims may have brought and needed in the new world they were embarking on.  Then it was time for our Thanksgiving Feast! 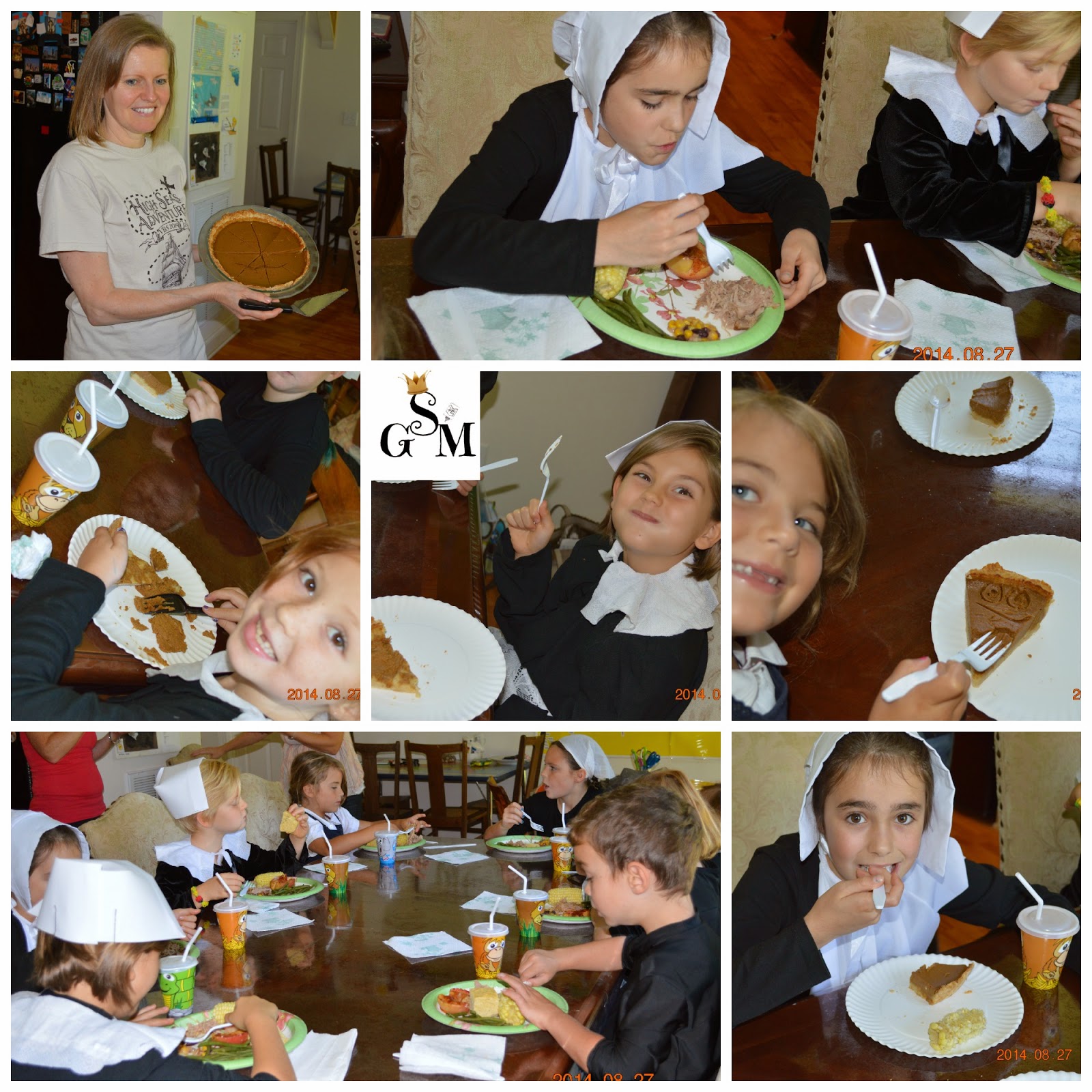 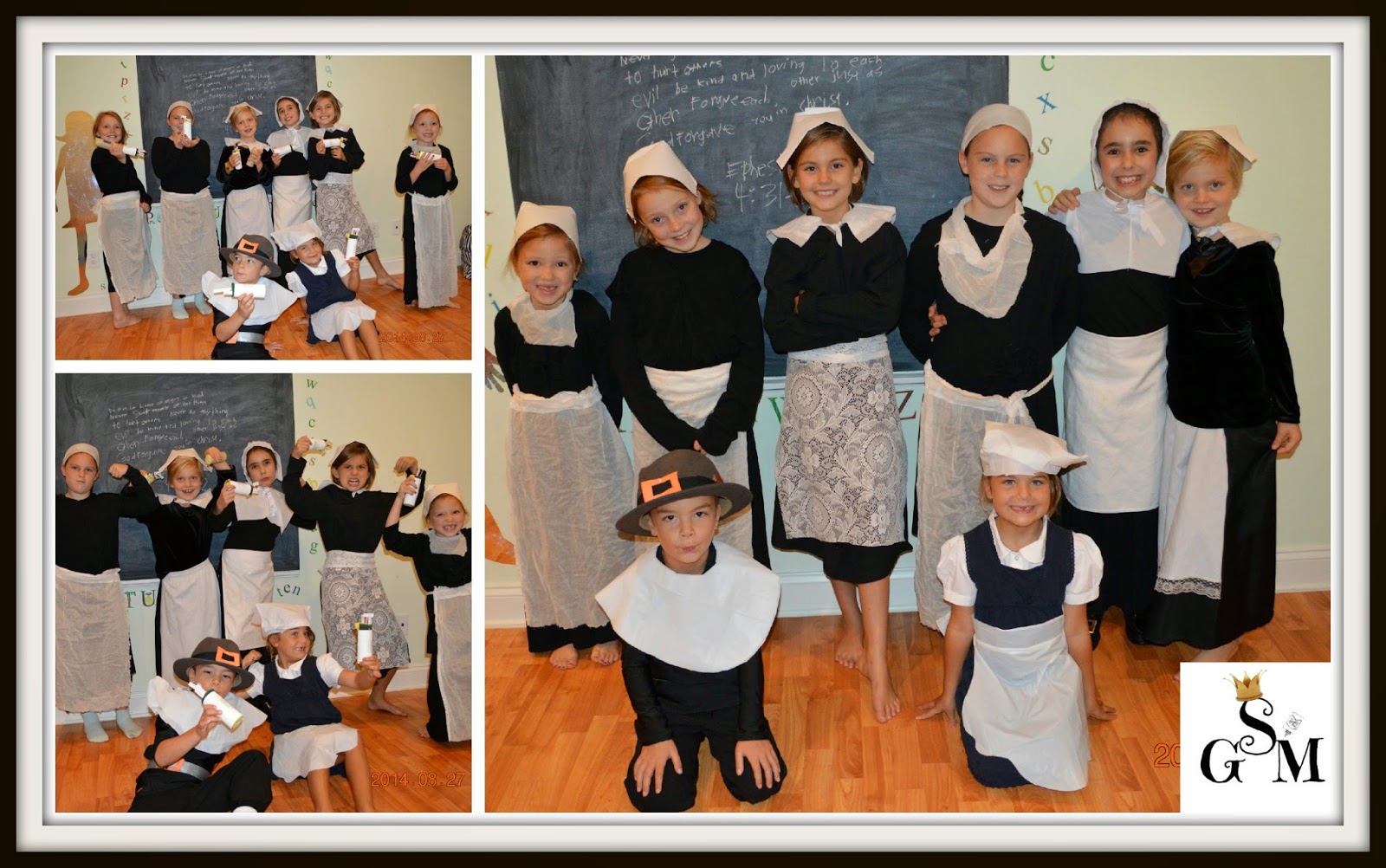 We had a Wonderful Wednesday in the world of bones!

Do you like what you see and want to create memories like these for your own family or with a few friends?  Then check out my Teaching Plan for great ideas on how to make your very own Wonderful Wednesday too!  Use the code:  LIVING at checkout to get $9.95 off the Bundle!  Enjoy!