We have been doing field trips this summer to keep things fun and educational for the summer.  We went on a field trip to Mordecai Historic Park .  When the field trip was completed, we stayed to have a picnic lunch together in the park.  While sitting there, my friend noticed this very interesting "fruit" on the tree we were beside.  I had never seen anything like it myself and so we began investigating.... 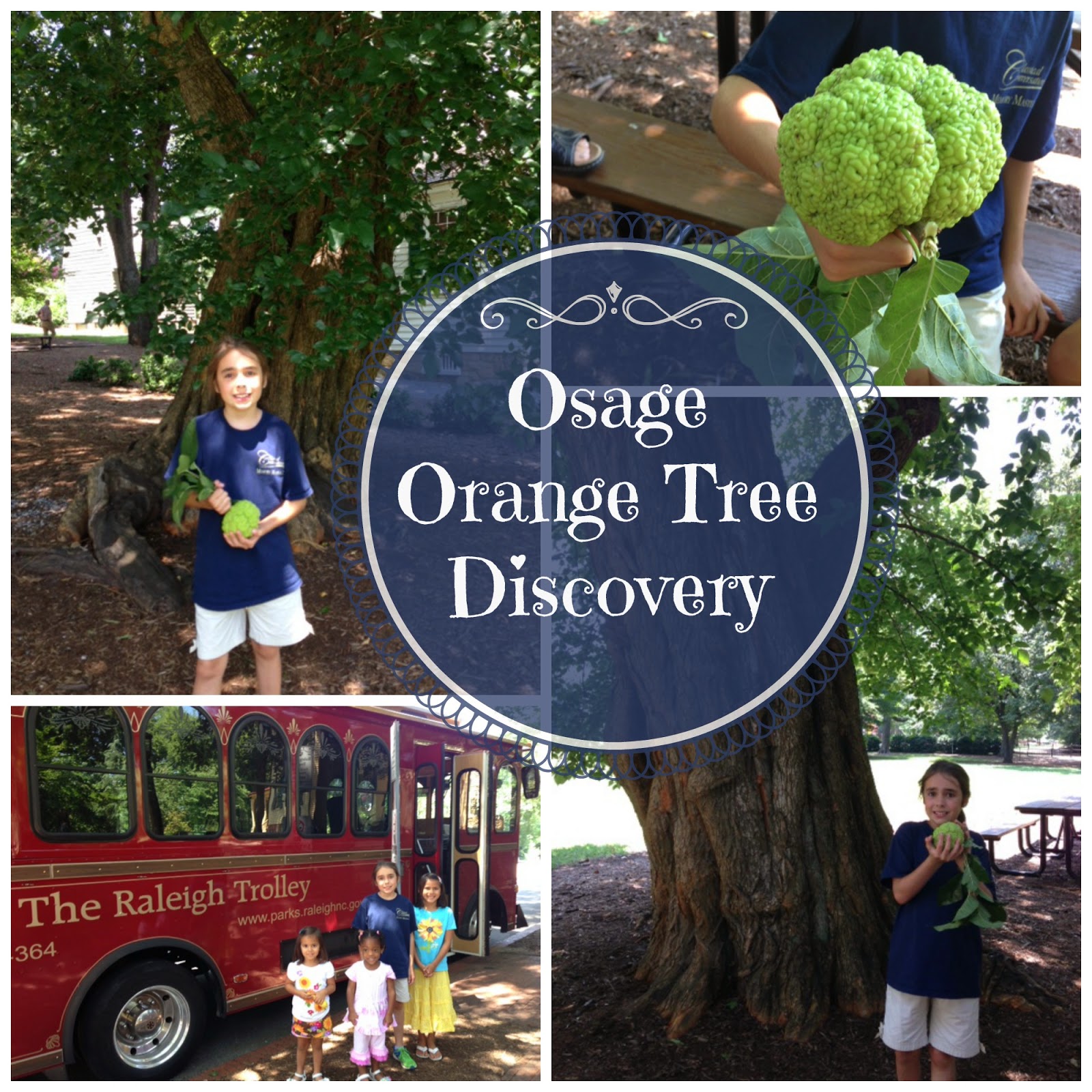 The tree had enormous "fruit" that we all agreed, looked like a green brain!  The branches had large thorns on it with broad green leaves.  It was a curious thing and like any two good homeschool Moms, we decided to take a fruit home with us, so the kids could dissect it and we could research what it was!  God's creation is amazing! Once a favorite of American Settlers, it is in keeping with our soon to begin Cycle 3 studies!  I liked the explanation and history offered at Mother Earth News and below is an excerpt from there.  If you would like to read more about the Osage orange tree, then click on the link below!

"During the latter half of the nineteenth century and the first few decades of this one — up until the time barbed wire became widely available and inexpensive — settlers and farmers throughout much of the eastern half of the United States planted their fences.
More often than not, the tree they used was the Osage orange tree, sometimes also called prairie hedge, hedge apple, horse apple, bowwood or yellow-wood. Most folks today, though, know it only for its distinctly ugly, almost otherworldly-looking fruit: an inedible, fleshy green orb the size of a grapefruit or large orange, with a warty, furrowed surface sparsely covered with long, coarse hairs. When you break the globe open, it exudes a bitter, milky, sticky sap that eventually turns black and that gives some people an irritating rash."

Cycle 3 Planning??  Then check out the Bundle! 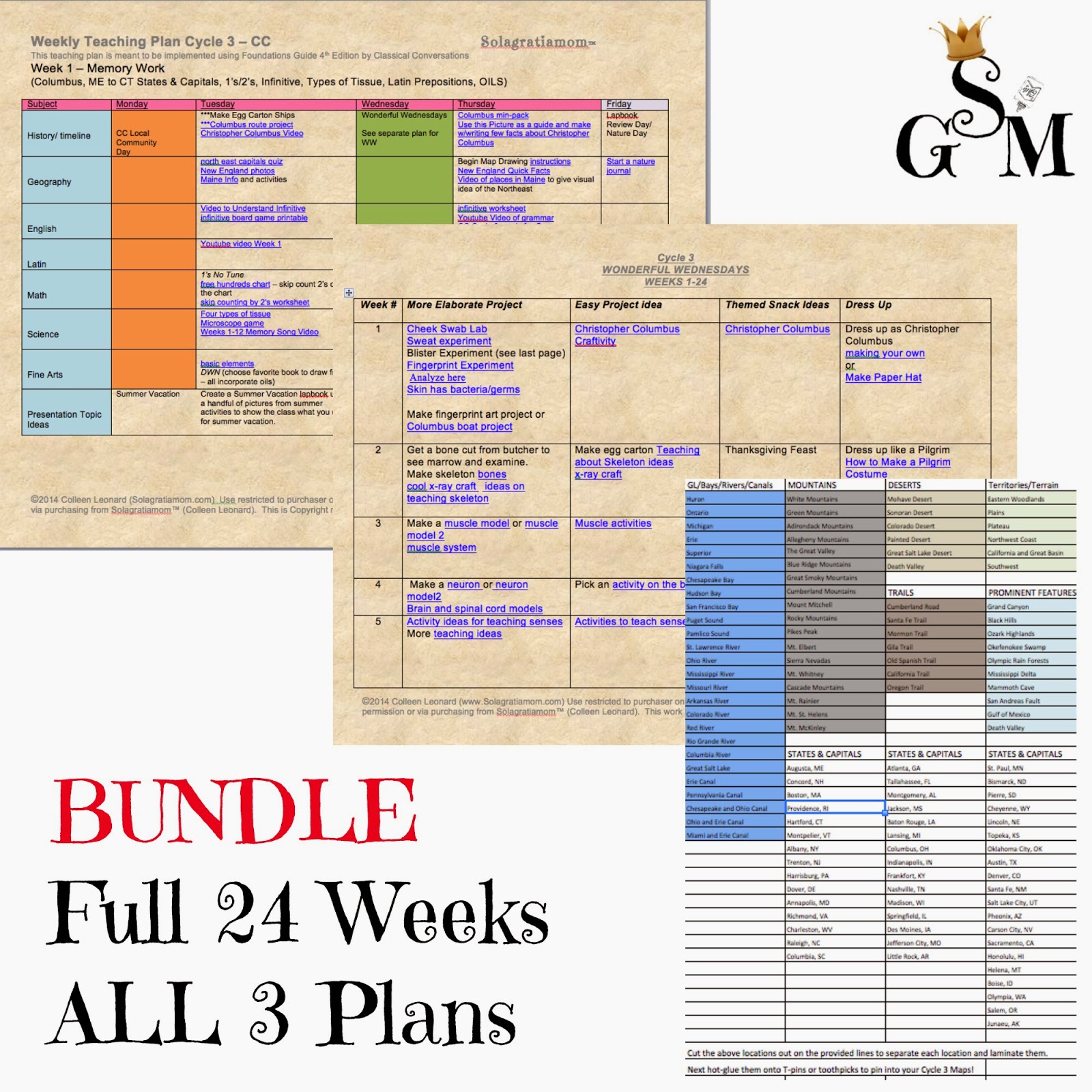