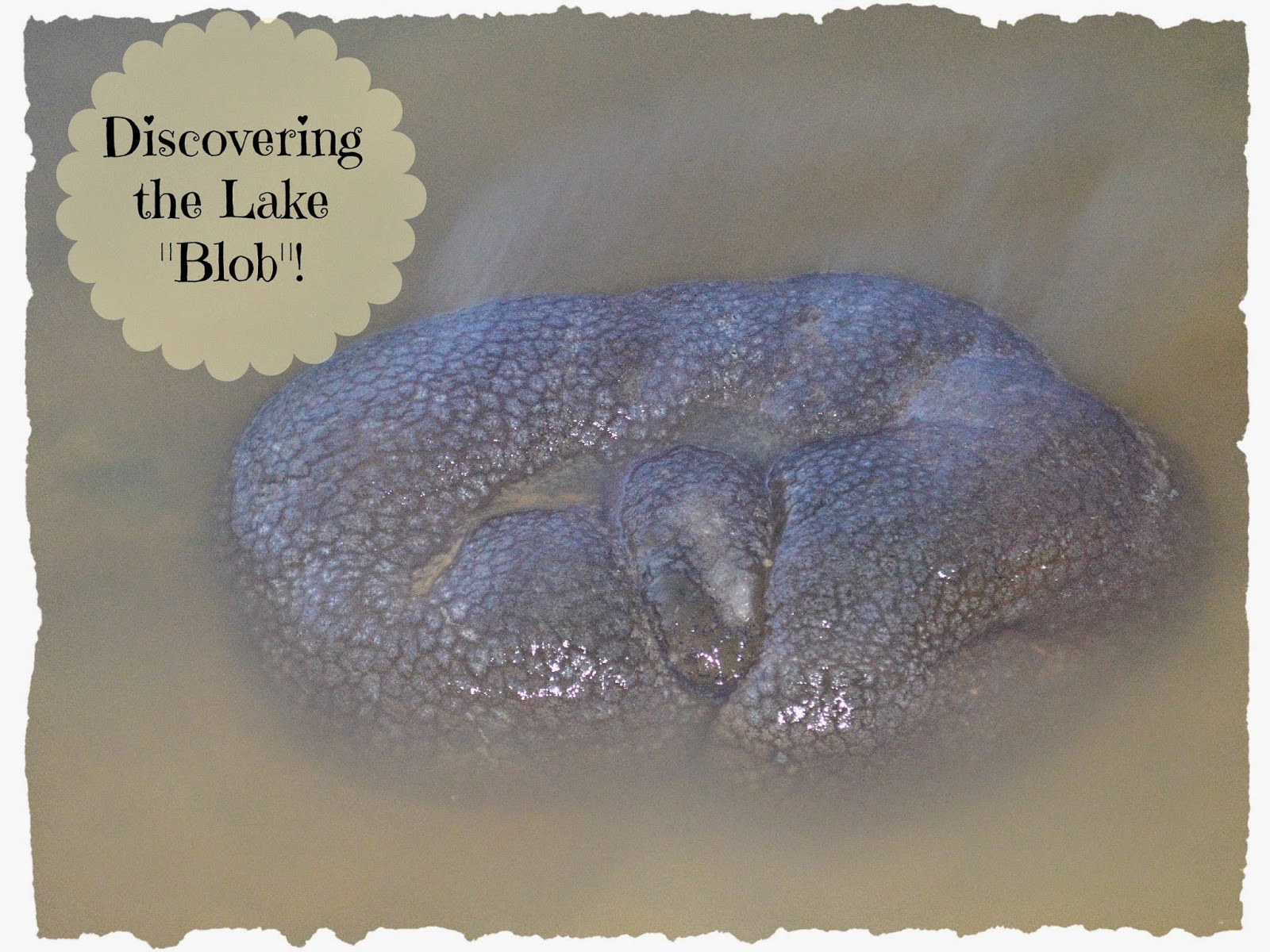 I haven't posted in a week or so because I've been out of town.  I was in New York for my brother's baby shower and then off to our local lake for some camping with friends.  I discovered two things this week while being gone; first, I am too old to want to start over with a baby and second, there are interesting things that live in the lake!  Let me explain and paint the scene for you...


So you are out at the lake enjoying the sunshine and water, when all of a sudden you notice this "blob".  As a matter of fact, you notice about 5 of these "blobs" that look something between a jellyfish and an accidental dump of silicone by some careless contractor or a gelatin experiment gone very wrong!  When you touch them they are squishy and heavy and they're about a foot in diameter.  You are use to seeing wild life at lakes...frogs for example, we all have seen lots of frogs at a lake... right?  Well, gelatinous blobs?...not so much.

Each of us threw out our theories on what the "blob" could be, but we were all puzzled.  So, when all else fails and you don't know what something is while camping... ask the Park Ranger!  Next run by, I asked the Ranger what these gelatinous blobs floating around in the lake were.  He told me that they were colonies of single cell ameba.  Well, that sounded ominous, since I've heard of children passing away from getting a single cell ameba up their nose and into their brain.  He must have read my face because he was sure to throw in that they were "a sign of a clean lake" and harmless.  Really?  Looks nasty not clean to me! 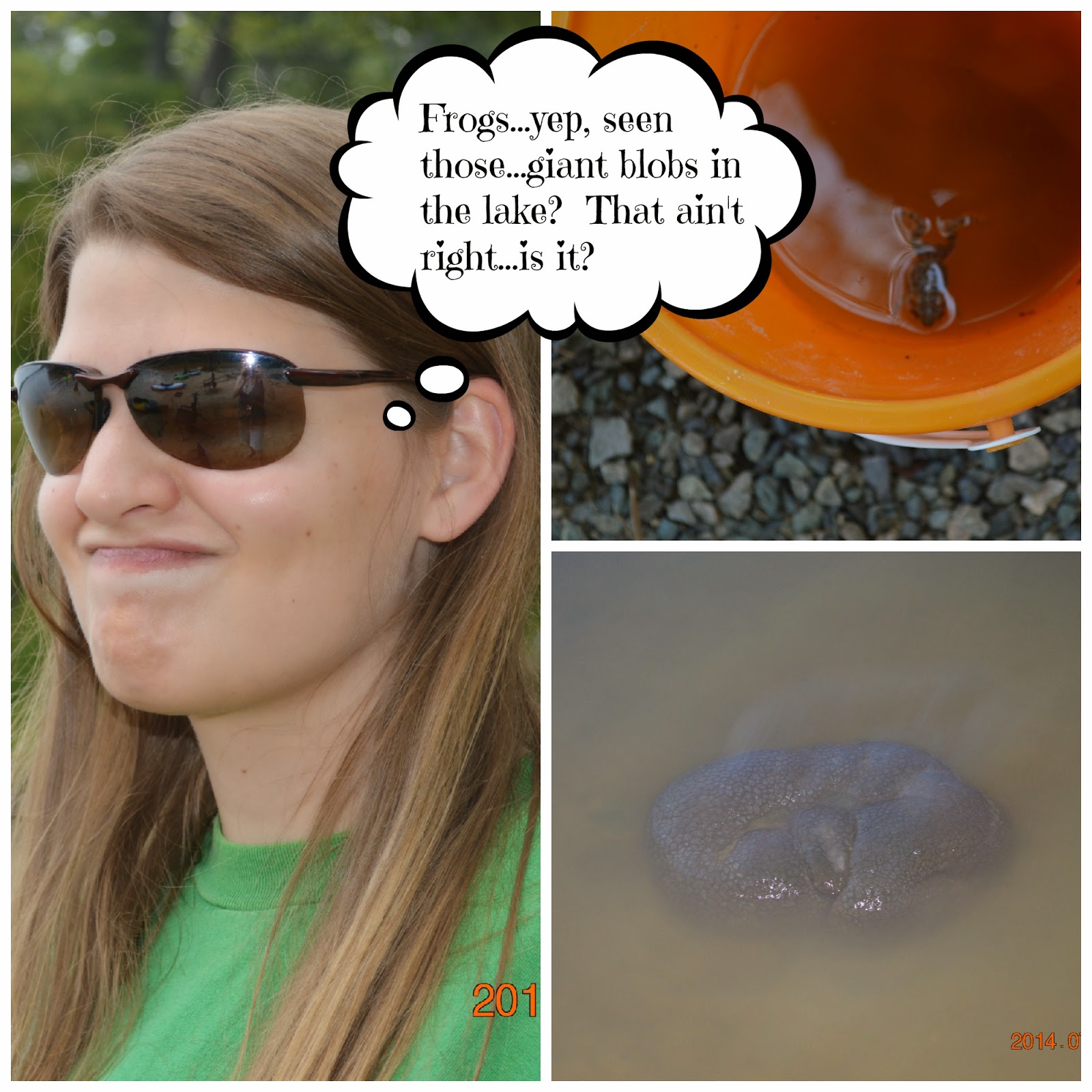 Well, being the homeschool Mom that I am...I had to check my source to see if it was correct and turn this into a nature study when we got home.  While I accepted his answer readily while there for the weekend and continued to let my kids swim in the ameba colonized lake, I had to dig deeper and figure out the mystery.  (hmmm...so maybe that's crazy right?)  As you can see below, the kids were far from worried about the "blobs". 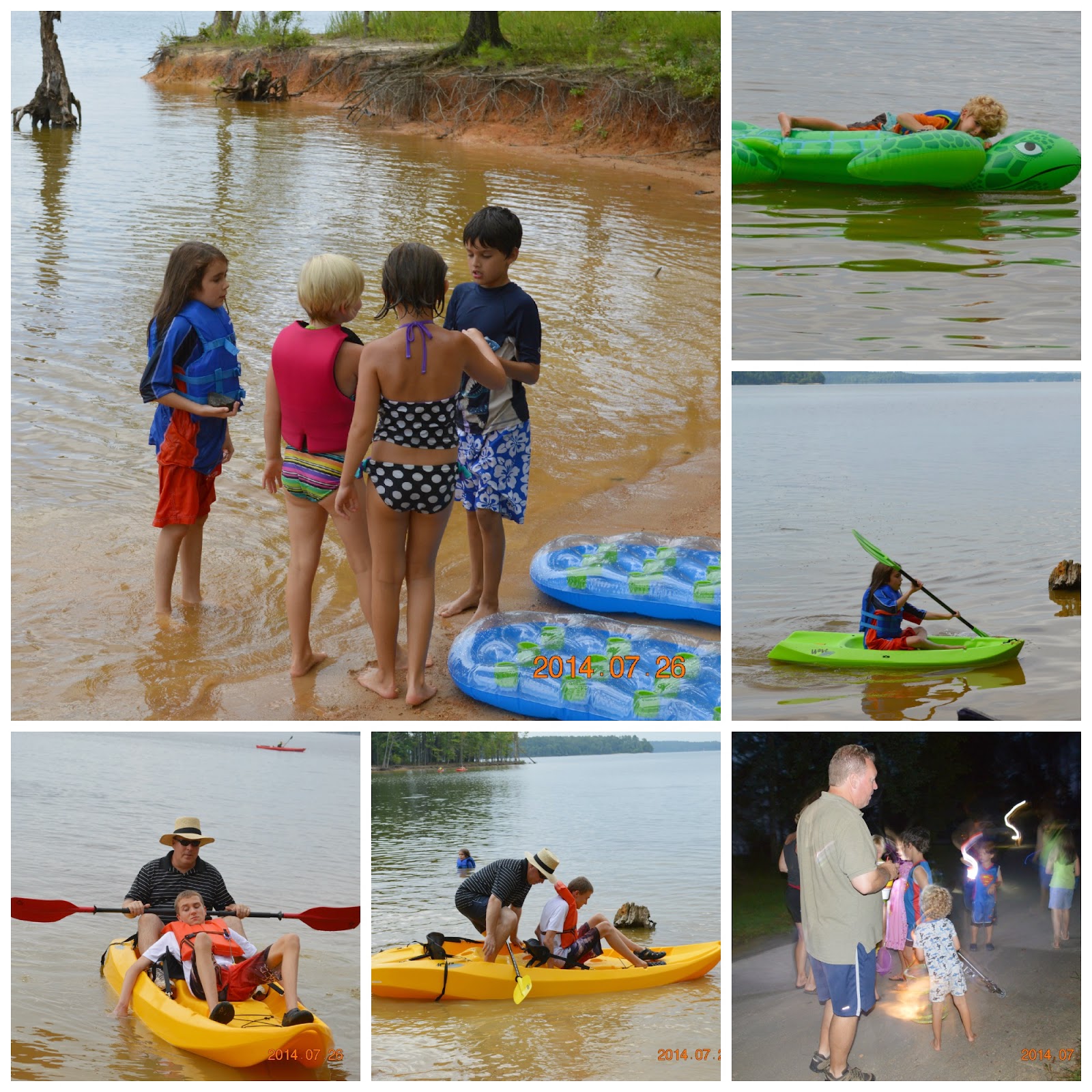 So, what were the "blobs" after all?  My investigation and digging using the picture I had taken of one of the blobs, paid off.  It turns out that it is a bryozoan and yes, it is generally considered the sign of a clean lake (good water quality, anyway).  Normally, they aren't a problem.  They are among the most abundant freshwater invertebrates that are found in lakes, often attached to submerged objects.  They are commonly known as "moss animals".  They live in aquatic environments as colonial organisms and feed on diatoms, green algae, bacteria, rotifers, protozoa and they have even been known to eat tiny crustacean or nematodes, occasionally!  There is one class of bryozoan that is found exclusively in fresh water and that is the Phylactolaemata.  Each colony is a collection of genetically identical organisms (called zooids) that exude a protective matrix -a gelatin-like substance made mostly of water, firm but slimy to the touch -if you bring them out of the water, they will exude a pungent aroma thought to be protective in nature.  The Colonies can be up to two feet in diameter and have upwards of two million zooids! 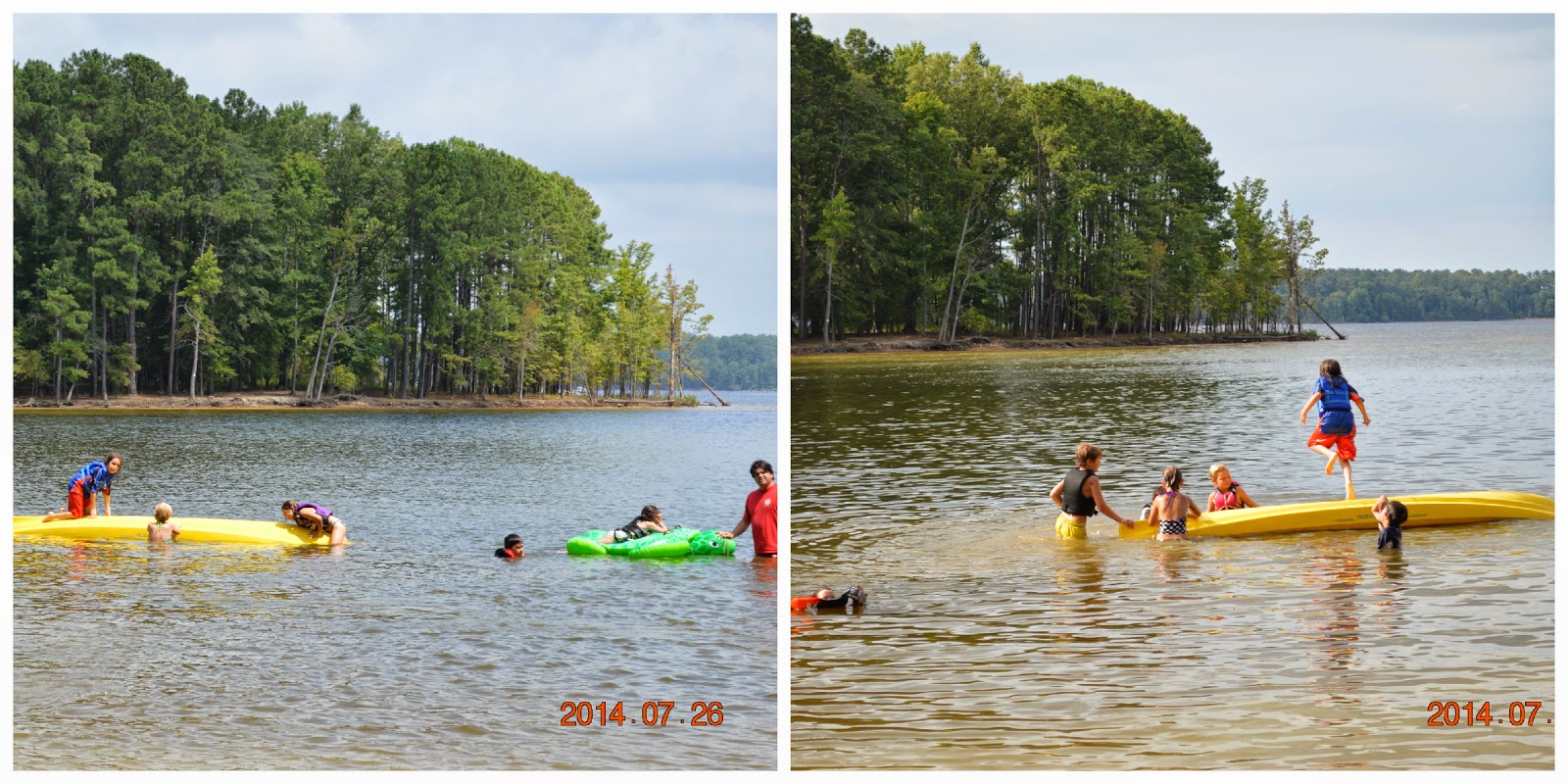 So, the mystery was solved.  The water was clean, the jelly fish looking blobs were not dangerous amebas and the kids played till their heart's were content in the "blob" infested lake!

Leave it to a homeschool Mom to not be content with a Park Ranger's answer.  LOL