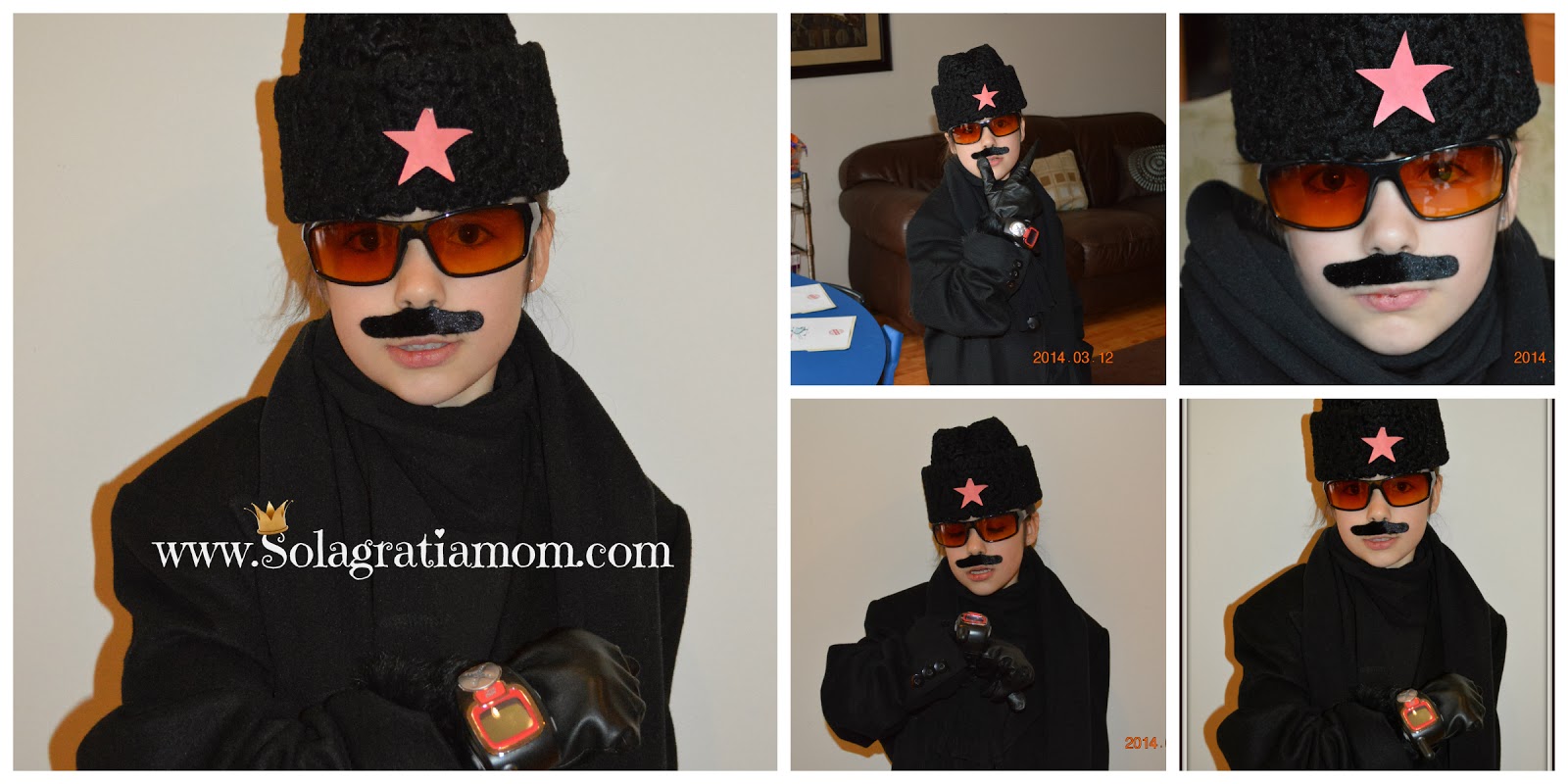 This week it seemed fitting, since there is so much going on with current events and Russia, to zone in on our history sentence for our projects and dress up this week!  So, we dressed up as spies from the cold war!  We also did a salt dough map of Russia.  This theme couldn't escape one of our Moms who came through with a fantastic themed snack and review game.

We started out like we always do with our "spies" doing their lapbooks and working through our memory work for the week. 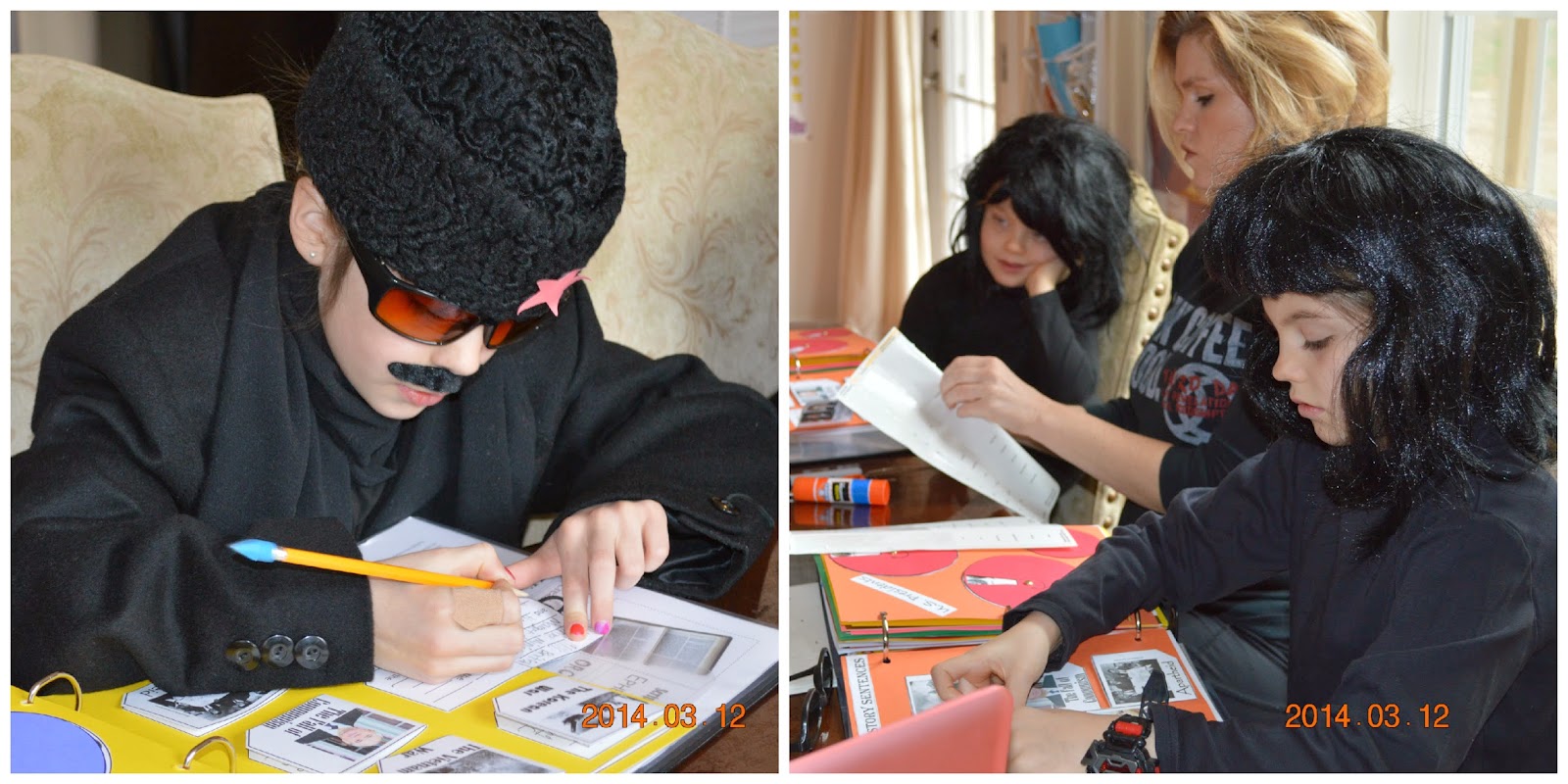 Once the memory work was completed, then we moved into our first project.  I talked about spies and had a book that I referenced regarding what spies do.  They were then given agent folders, magazines, scissors, glue and told their first mission was to "write" a secret message to another spy in their agent folders.  We discussed the most famous "spies" in the Bible as well, since this lends itself to that discussion nicely!

They each did a great job of coming up with their own unique ways of "coding" their messages.  Some used backwards lettering, others used every other letter and some had number codes, to name a few.  They did a great job being creative and thinking up their own secret messages.

Once that project was completed, we set out to make our salt dough maps of Russia!  I had taken a map of Russia and enlarged it to 11"x17", then cut out the map.  This would be used to trace onto our empty pizza boxes they would use to build their maps out of salt dough.

Mix the flour and salt with 3/4 cup of water to start out.  This works best if you use your hands to mix the dough.  I had nursing gloves and we used those because the salt will sting if you have dry hands or have a cut on them, so be aware if you are having the kids mix their own.  We mixed it well then adding a little water at a time until the consistency was that of play dough.

We first took the cut out map of Russia as seen below and placed it on the pizza boxes to trace - this was our outline map.  Once the map was traced, then they could begin to use their salt dough to put over the map and press it out, to follow the penciled map edges.  It works best to use big chunks of dough and press and push it out, rather than little pieces at a time.  Once the shape is how they want it, then you can set them aside to dry.  It takes about 24 hours before you can begin to paint them. 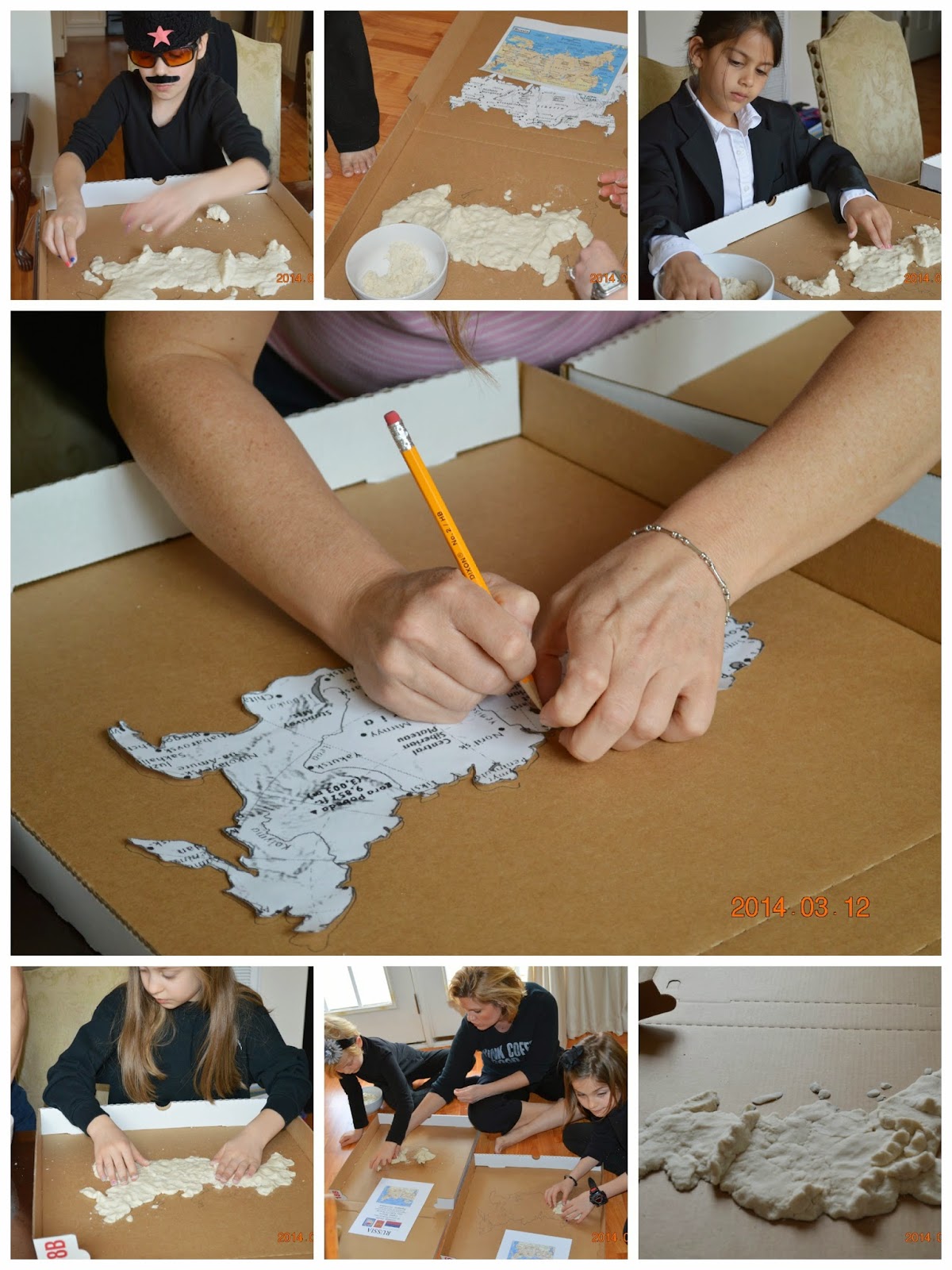 Each person would take theirs home to paint the next day.  We painted our map the next day, labeling it and this is our completed map project! 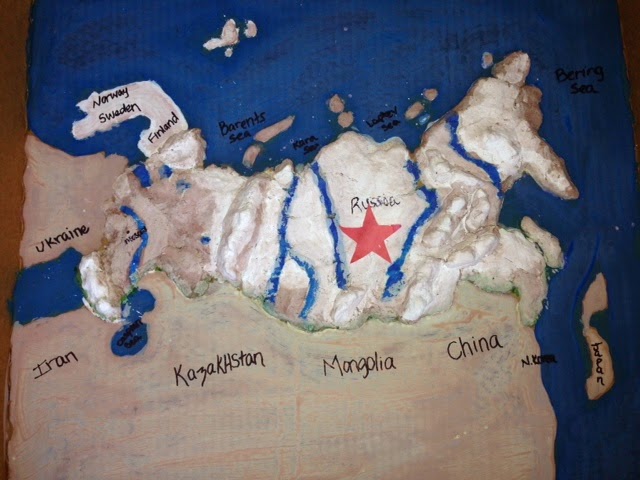 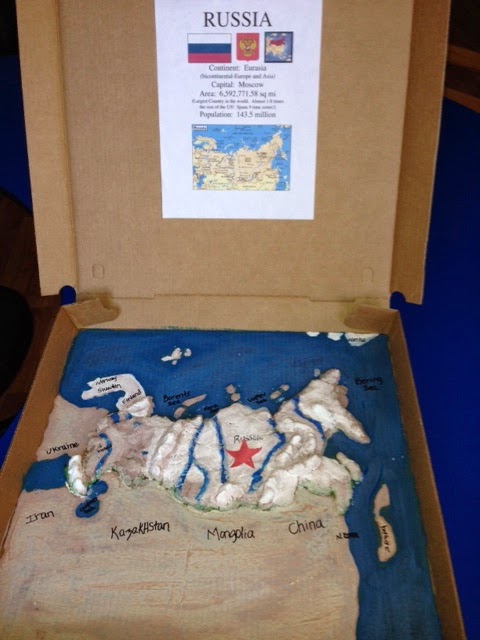 Once maps were done, then the real fun began - the kids were told to have a seat for their snack.  They were then given supplies for their next assignment.  They were each received their top secret packages. 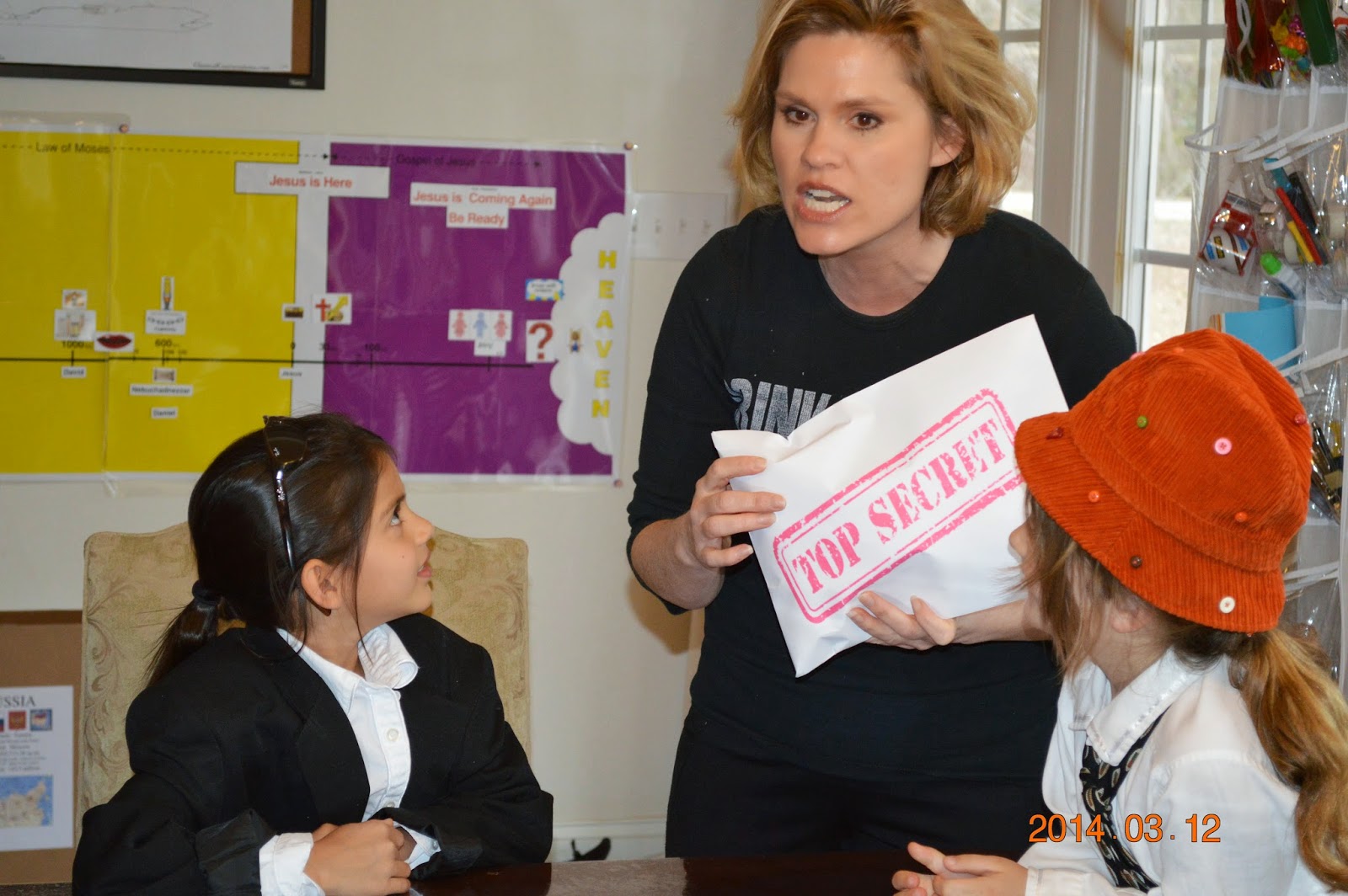 Inside their packages (which was their snack) were; truth serum, mini tranquilizer darts, edible cookie bugs and a coded message for them to figure out. 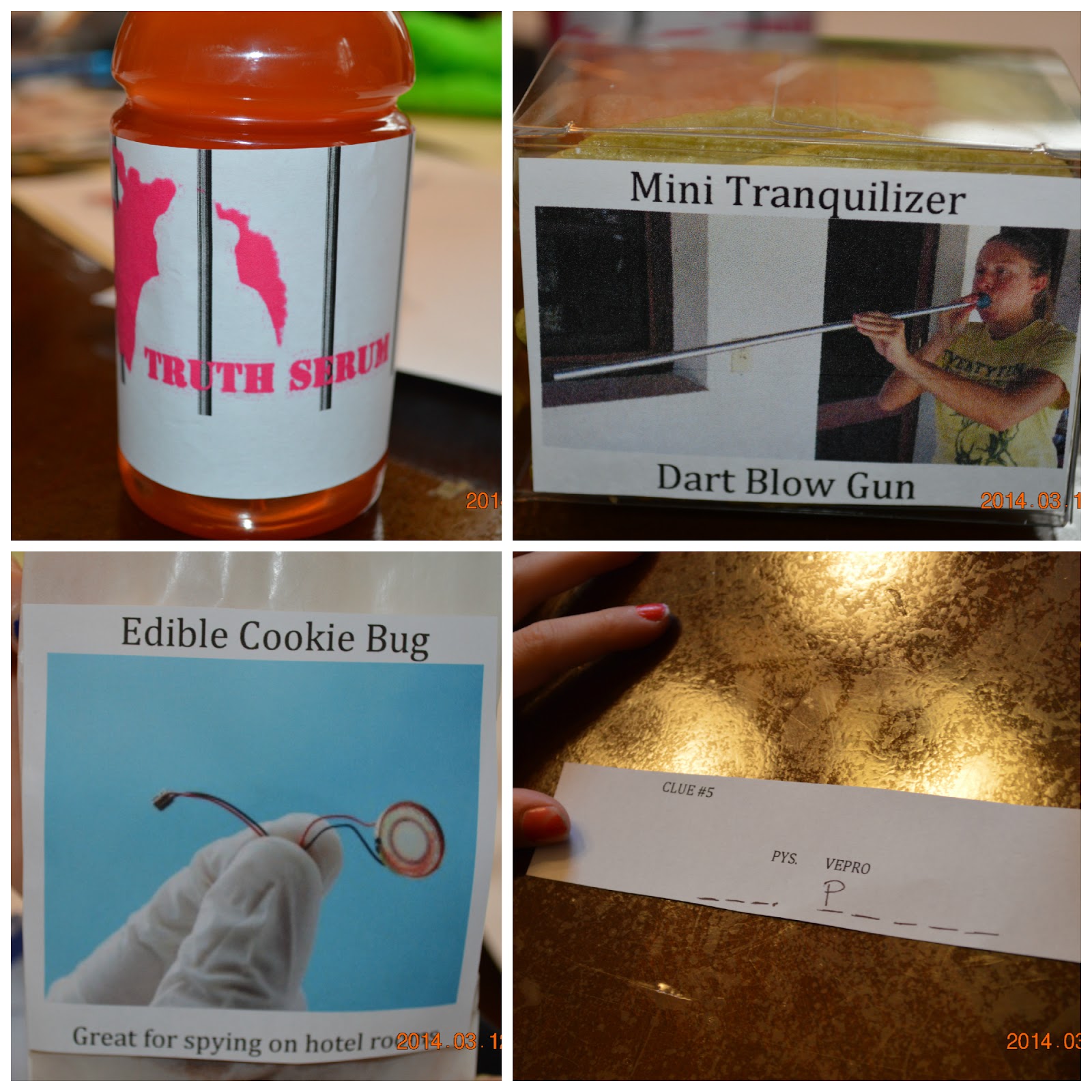 Once each child figured out their code, they had to put them all together for the message to be understood. 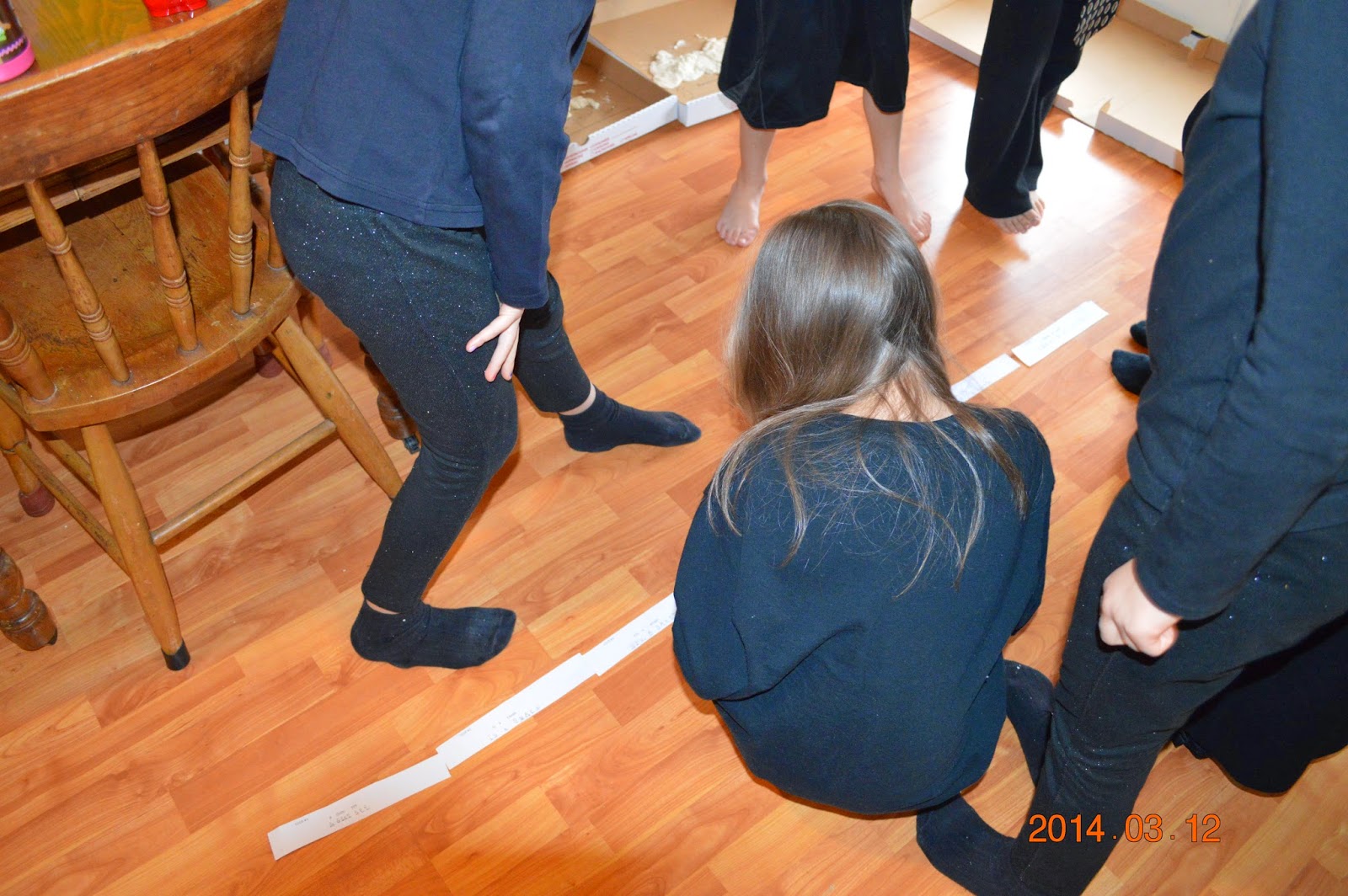 They were then sent on their mission to compete to be chosen as the next spy for NATO.  They first had to work their way through the laser beam booby trap to the gym where they had to diffuse "bombs"!  They broke into two teams to begin.  The "bombs" were black balloons which they would pop one at a time and inside was either a review subject (science, math, history etc.) or the word "BAM!".  If they got a subject and answered right, then they earned a point for their team.  If however, they got a BAM! they lost points for their team because they didn't successful diffuse their "bomb"! 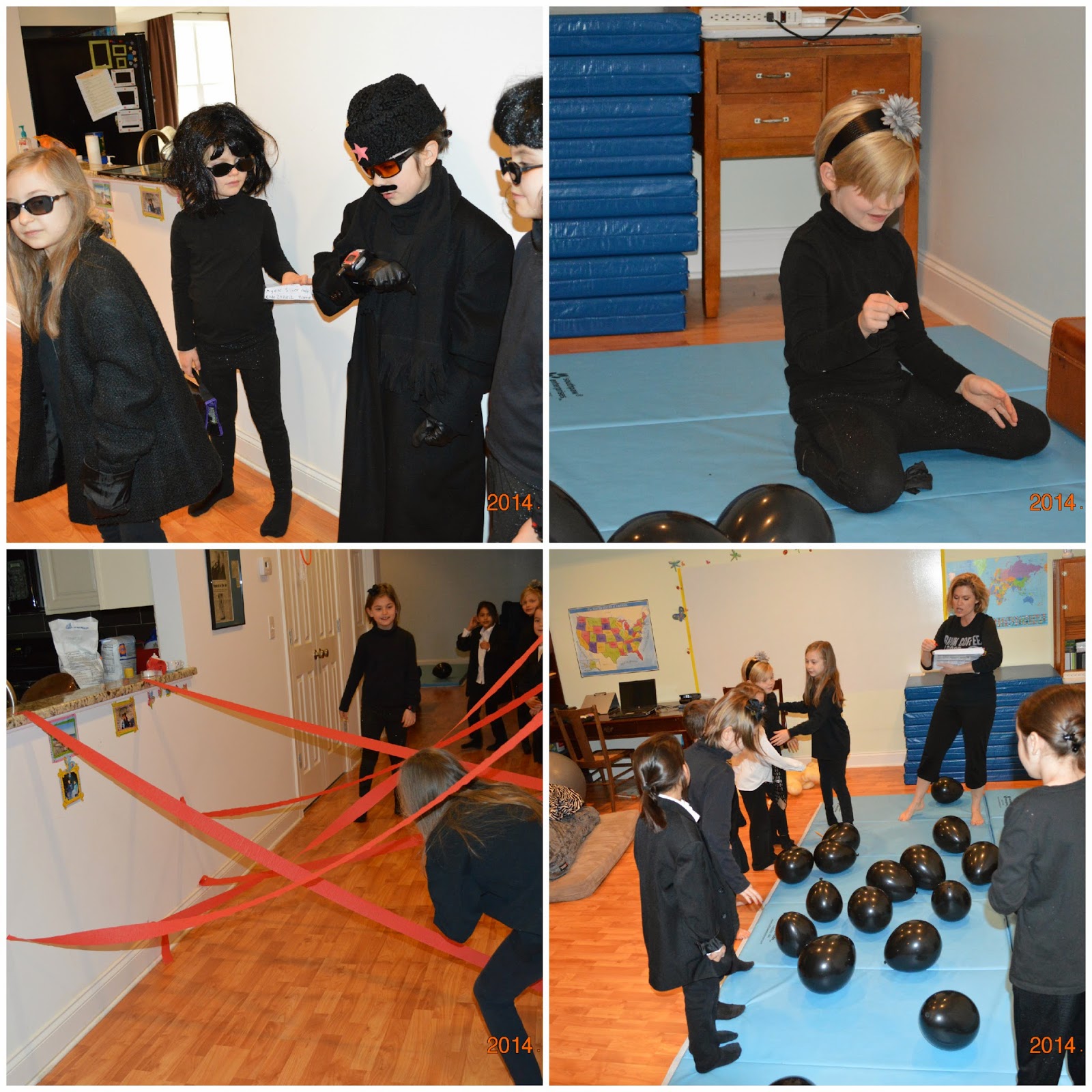 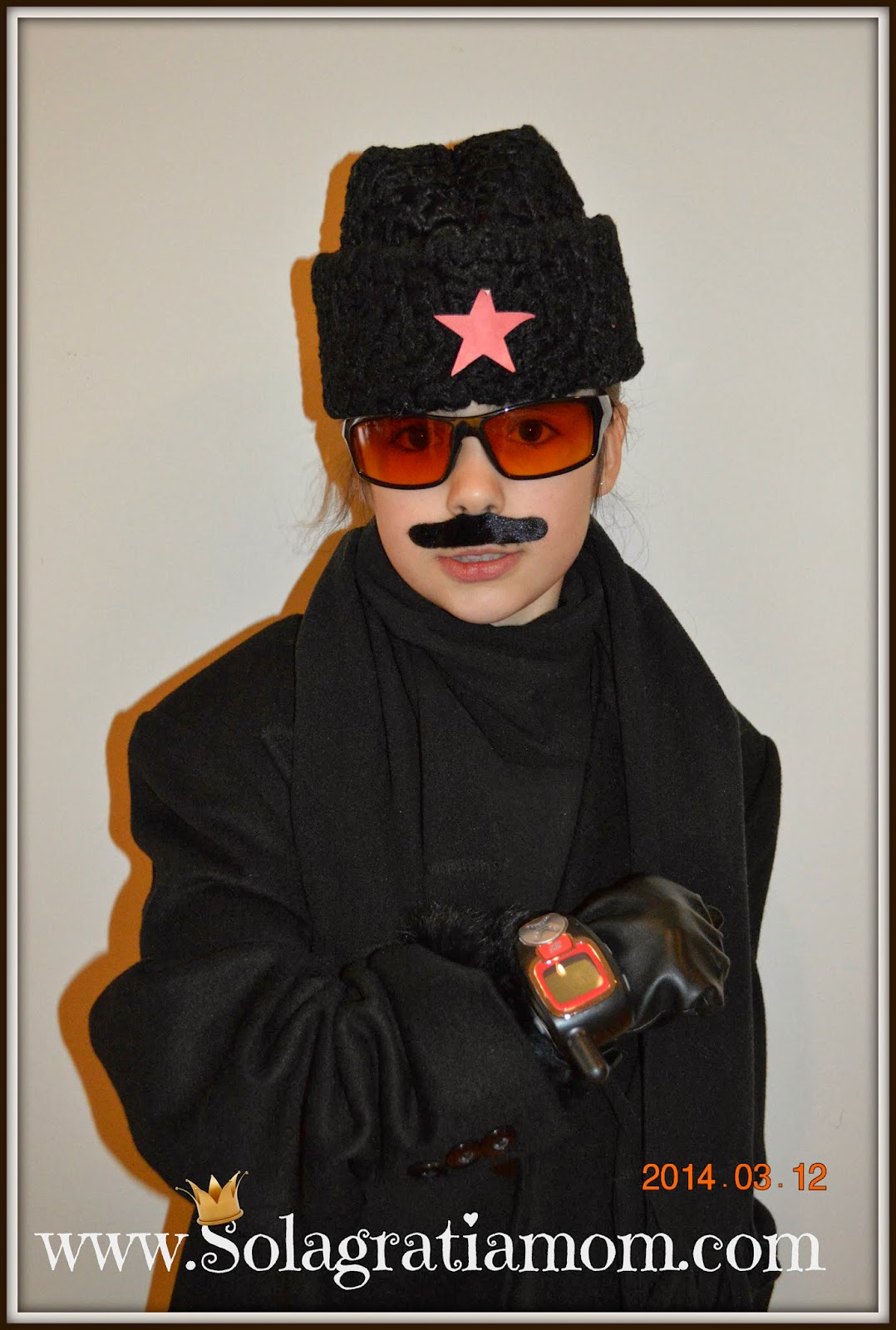 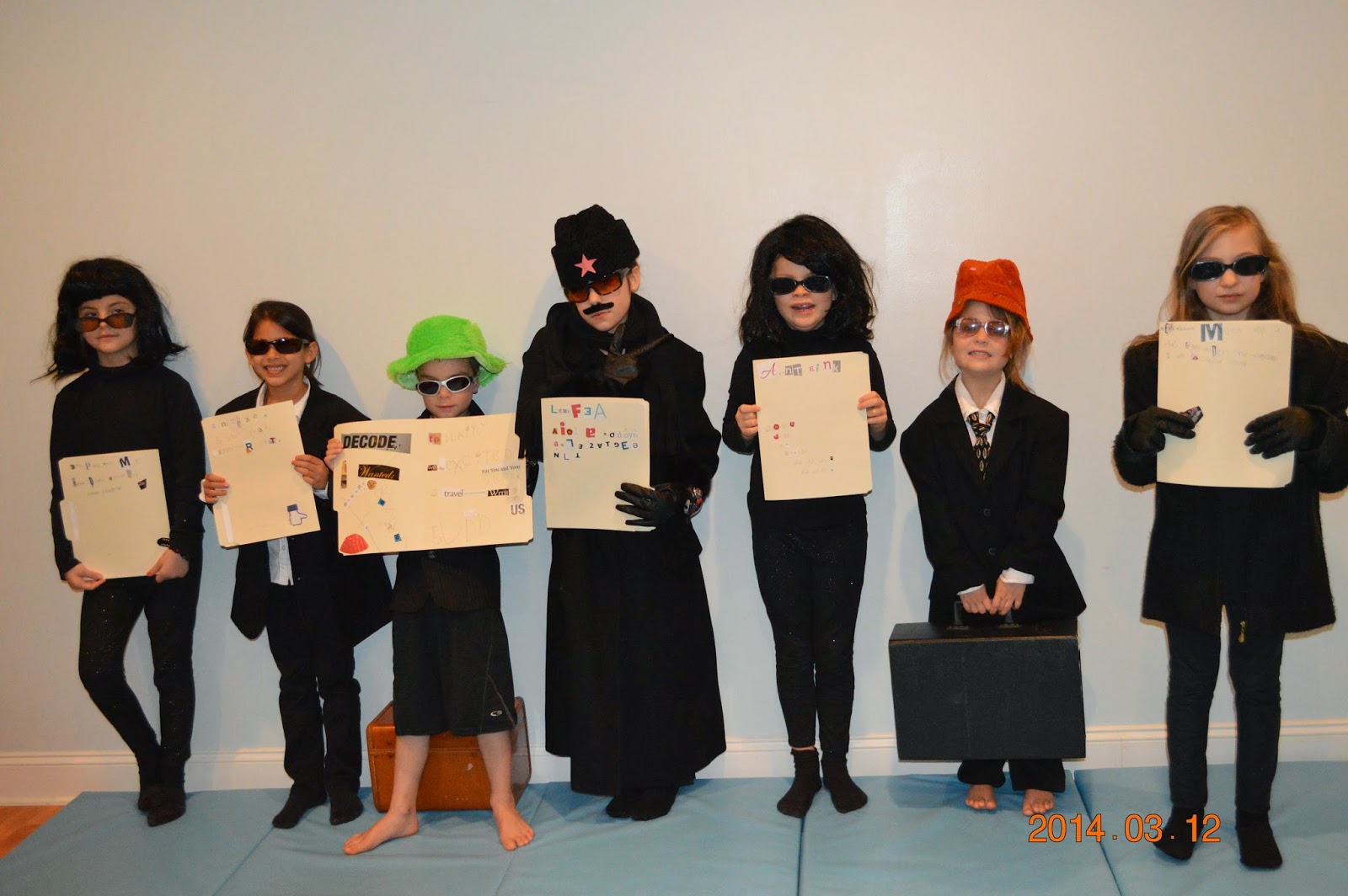 It was a Wonderful Wednesday!!