I know it's summer "technically" but I can't resist finding opportunities during play to make it somehow about an educational moment.  Perhaps it's some sort of internal compulsion I have to try and weave life into our education and education into our life.  Really, I guess it's because we homeschool and think classically!  I want them to see God's laws at work in every aspect of their lives, touching all that they do or experience and see that they work outside of a textbook or a piece of memory work.

We had a fun day at an outdoor play-land not far from where we live.  They happened to have a giant slide made from what appeared to be white indoor/outdoor carpet of some sort that they hooked sprinklers up to and the kids would ride these sleds down it.  It was a neat idea and it worked really well!

When I saw it I immediately thought of Newton's Laws at work and that this was a perfect moment to talk about science and do a little experiment!  So I asked the three kids up front before they rode the slide "Which of you will go fastest down the slide do you think and why?" and once they each thought about it for a moment and gave me their thoughts/answer, I asked the next question "Do you think you will go faster or slower, if two of you ride together?  What about three?  Do you think it would go faster if the heaviest person was in the front or the back and why?"  They gave answers, I asked more probing questions to guide their thinking and then, they made their predictions and they were excited to go off to try out all the various hypotheses they came up with!  They first tried to ride down the slide individually to see who would go fastest.  They discovered that the heaviest person went fastest. 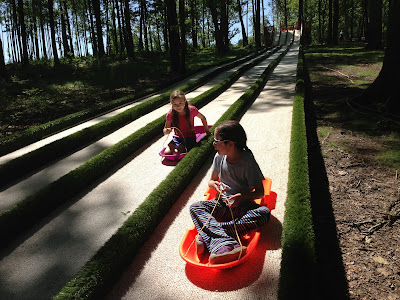 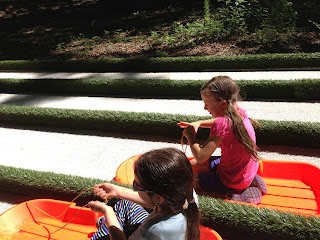 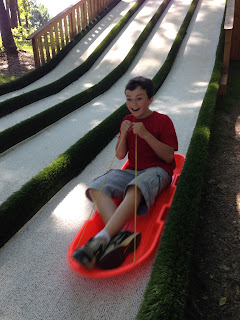 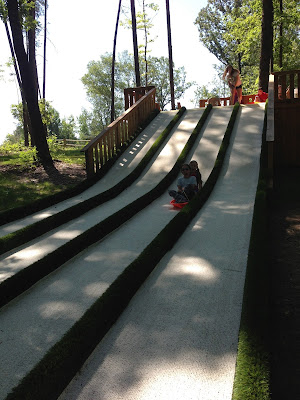 Next they tried riding down the slide with all three of them on one slide together and decided that was even FASTER! 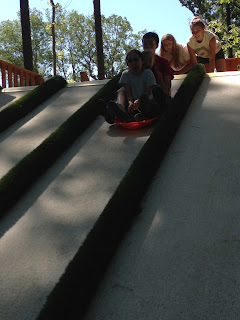 Lastly, they went down the slide with the three of them but they put the heaviest person in the very front and lightest in the back and realized THIS was the absolute FASTEST way to ride! 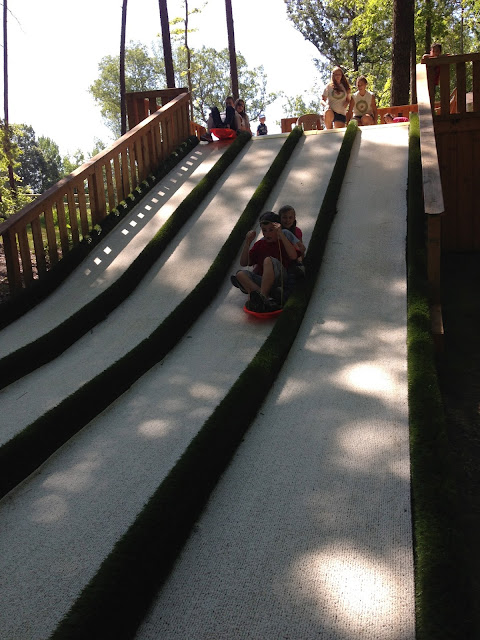 I then asked them why at times, the lighter person of the two racing would win occasionally which seemed to contradict their theory they just tested out and then we briefly discussed friction and it's affect on speed.  The kids really enjoyed their experiment and felt pretty smart that they figured all that out.  I loved that they were previewing Cycle 2 for Newton's Laws and they didn't even know it yet!  :) 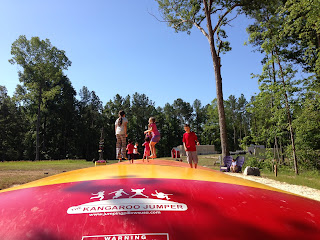 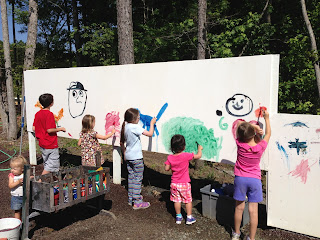 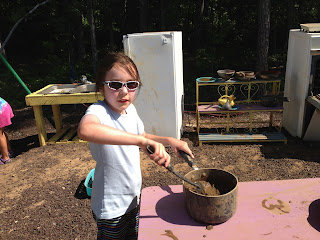 What a fun day of hands on learning, thinking outside of the box and seeing God in it all.