Mercury - Apologia over the Summer

Today we met to do projects related to our reading in Chapter 3 of the Young Explorer Series - Exploring Creation with Astronomy by Apologia.  We started out our time with a Jeopardy game covering the grammar related to the terms from the three chapters that the kids have read so far.  The kids got to think of a name for their team and then the competition began! 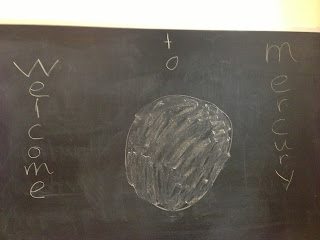 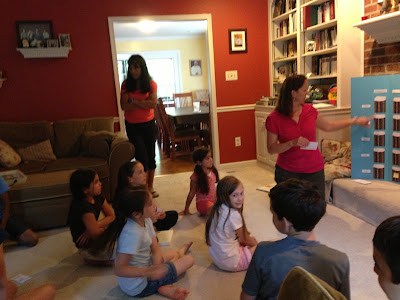 Next white flour was put into a large rectangular plastic box and a little bit of cocoa was sifted on top (this helps the craters show up better for the kids).  There were several different size balls gathered and then the kids were able to take turns dropping their "asteroids" onto Mercury's "surface" to see how craters are made when they strike the planet's surface.  They were dropped at different heights and the width of the crater as well as the depth was measured and observed. 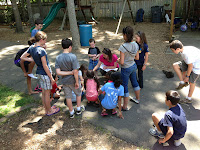 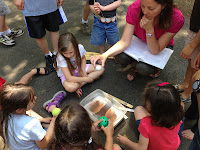 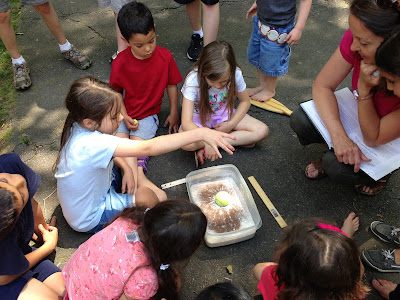 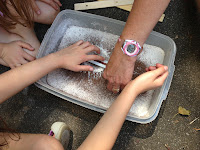 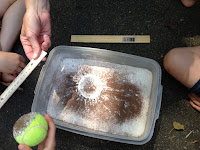 Lastly, the kids went back inside to make a salt dough planet Mercury!  They used different pen tops and other small objects to make "craters" in their surface of Mercury. 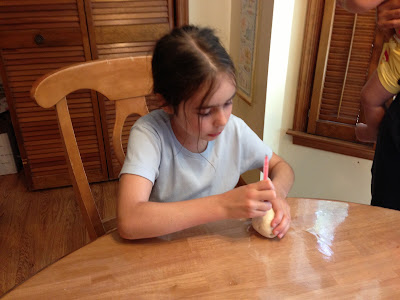 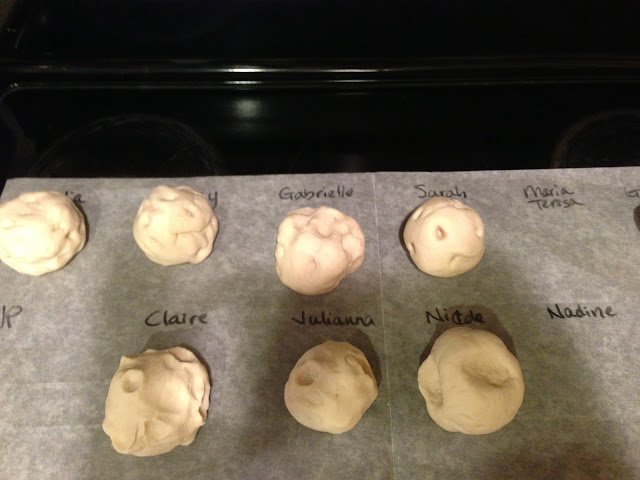 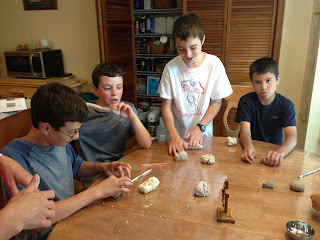 All the project ideas are at the back of each Chapter of the book.  What a great preview of Cycle 2 Science these kiddos are getting!
Posted by Unknown at Thursday, May 30, 2013