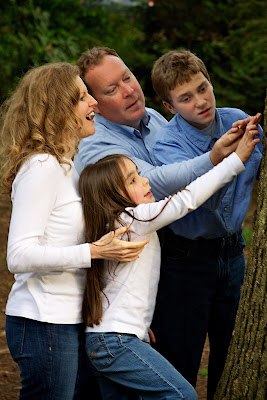 I was back where I had started 5 years earlier with my son...when I discovered Classical Conversations.  I homeschooled my adopted special needs son for his first 4 years of school and then given his visual impairments and his need for learning some group behaviors, we felt he was finally medically stable enough that we could place him in a special needs public school and he would benefit from some orientation and mobility training as well as some visual strategies for learning that I was getting wore out trying to make and figure out at home.  I thought "finally, I'm done with this homeschooling!!".  My son who has moderate to severe needs behaviorally and medically/physically, took it out of me those four years.  All the starts and stops due to medical problems, then the therapies, homeschool modifications, various adaptations and hands on learning strategies that required I make interactive learning tools all the time....I was worn out!  My neighbor at the time use to joke about my light in the school room being on all hours of the night as I made various velcro matching, shoebox containing, craft like learning tools for him.  It was exhausting to say the least but I was a perfectionist and determined to do it "perfectly" for him.  We adopted a 2nd child when my son was 6 and I was finding it more challenging to meet his needs and now hers as she turned 3, so school seemed like the best thing.  That next year he entered public school with a 1:1 aide who had worked with him at our home for 7 years.  God had truly paved the way and made it a blessed experience after we fought to get the things he needed in order to attend safely.  Public school however, was for a "season" .  He is entering middle school this fall and now we've been called once again, to bring him home and will be starting homeschooling this fall with him.  However, I didn't get a three year break while he was in school like I thought I would.  My daughter was turning 4 when he went to school finally.  I placed her into a preschool program and I could hear the chorus of "Free at Last" play in the back of my mind that first day she went to school and my son was at school.  :)  I thought WOW - this is awesome!  However, it wasn't so awesome.  My daughter struggled in school with her attention issues and was easily misled by others in her class and always in trouble.  I stuck it out that first year and even started her in a 2nd year of Transition Kindergarten.  I was feeling the tugging of God calling me to homeschool yet again, but I was trying hard to turn a deaf ear to that call.  I had such a bad taste in my mouth after all that pasting together various level curriculums, developing lesson plans and making all those teaching tools!  Ugh, I thought, not again!!!  Anything but that!  Two months into her school year, it was so clear that God was using a megaphone of difficulty for her at school and various friends who still homeschooled, to press me to bring her home and homeschool her.  I began to listen reluctantly.  I pulled her out of school after winter break and she never went back.  I prayed and prayed about what God was asking me to do and I said "if you make it easier this time, I'll do it Lord, but you have to make it all spelled out for me!".  God answers prayer.  I went to a homeschool store in our town and was looking through curriculum ideas and my head was swimming.  I ran into a familiar face from my Church and she and I began talking.  She told me that she was doing Classical Conversations and I should really look into it.  She gave me the website and said they were having a "Practicum" that following Monday.  I went right home as I knew God had put this chance meeting together and after reading the website, I signed up to attend that Monday's Practicum!  I was so impressed with the way Leigh laid it all out in the Curriculum guide and how it was all "spelled out" for you -just like I told God it had to be for me to do it this time again!  I thought if I had found CC before I would have enjoyed homeschooling my son so much more!  This fall, I'll have another chance to do that with CC this time.  We signed up for a Community that fall and I began substitute Tutoring that year and then the next year Tutoring full time.  I love it!  It's seemed so easy compared to where I was and I love the concepts of Classical Conversations and the areas Leigh touches on with the Community each week.  Classical Conversations rescued a discouraged, reluctant homeschooler and turned her into an on fire homeschooling Mom who now thinks homeschooling is fun!  LOL
Posted by Unknown at Wednesday, July 25, 2012